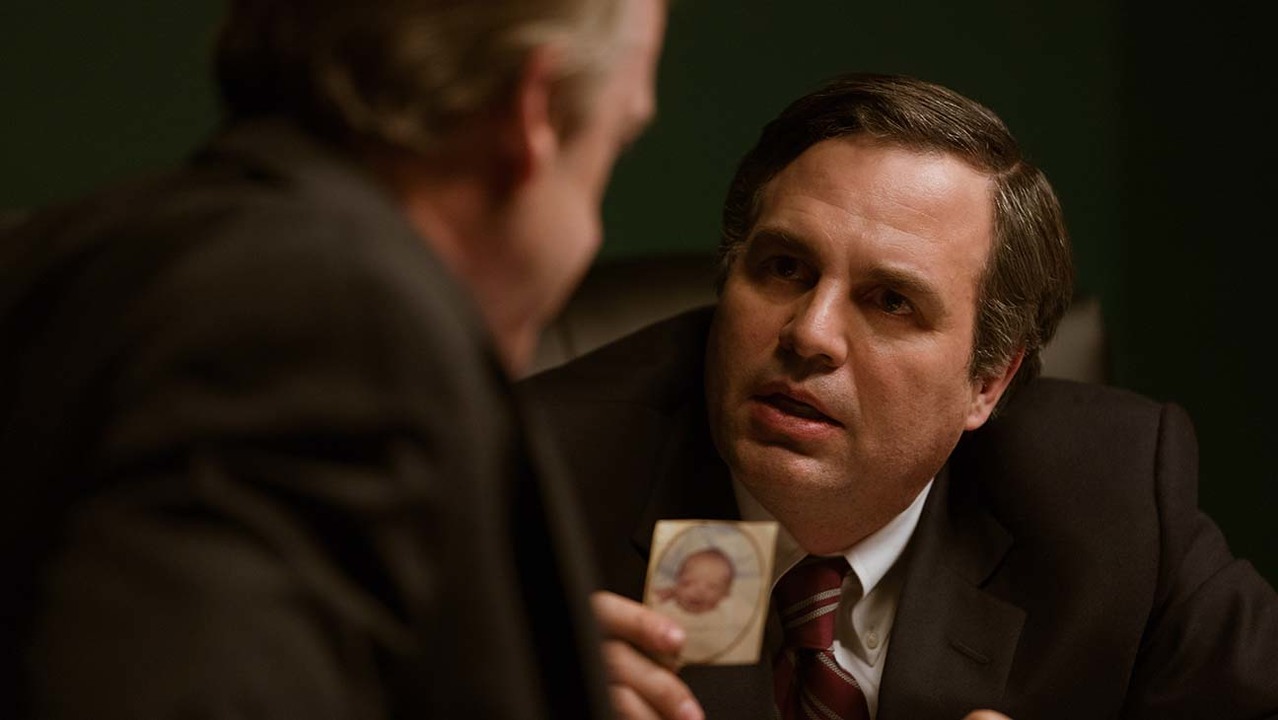 Monsters do exist. They don’t lurk under beds or in closets or faraway lands. They wear expensive suits and hold fancy high-priced dinners and lead billion-dollar multinational corporations peddling products that are slowly killing us. In Todd Haynes’ legal drama/eco-thriller Dark Waters, the crusader sent to take down evil is…a corporate defense attorney. Not exactly the champion we might expect, but if anybody can make us root for a lawyer to win it’s Mark Ruffalo, whose performance as a stalwart defender of justice holds this familiar if terrifying story together.

In his second DuPont-themed drama in a handful of years (following Foxcatcher), Ruffalo plays real-life activist and Cincinnati attorney Robert Bilott, who is approached by West Virginia farmer Wilbur Tennant (Bill Camp) with an unusual proposition. Tennant wants to hire him in a lawsuit against DuPont chemical company, a titan of industry whose products are part of the fabric of this country because he says the runoff from their plant is killing his livestock. The problem is that Bilott is a corporate defense attorney, he usually defends companies like DuPont. He’s the wrong guy to call if holding them accountable is what you’re looking for.

All it takes is one visit to Tennant’s hometown, a place Bilott knows quite well, to witness the nightmarish situation everyone there is living in, whether they realize it or not.  The evidence is overwhelming, not only from the fields of dead cows but in the physical deformities of the town’s citizens: birth defects, brown teeth, etc., caused by DuPont’s poison. It compels Bilott to do what’s right, regardless of the threat to his job that’ll come with it. 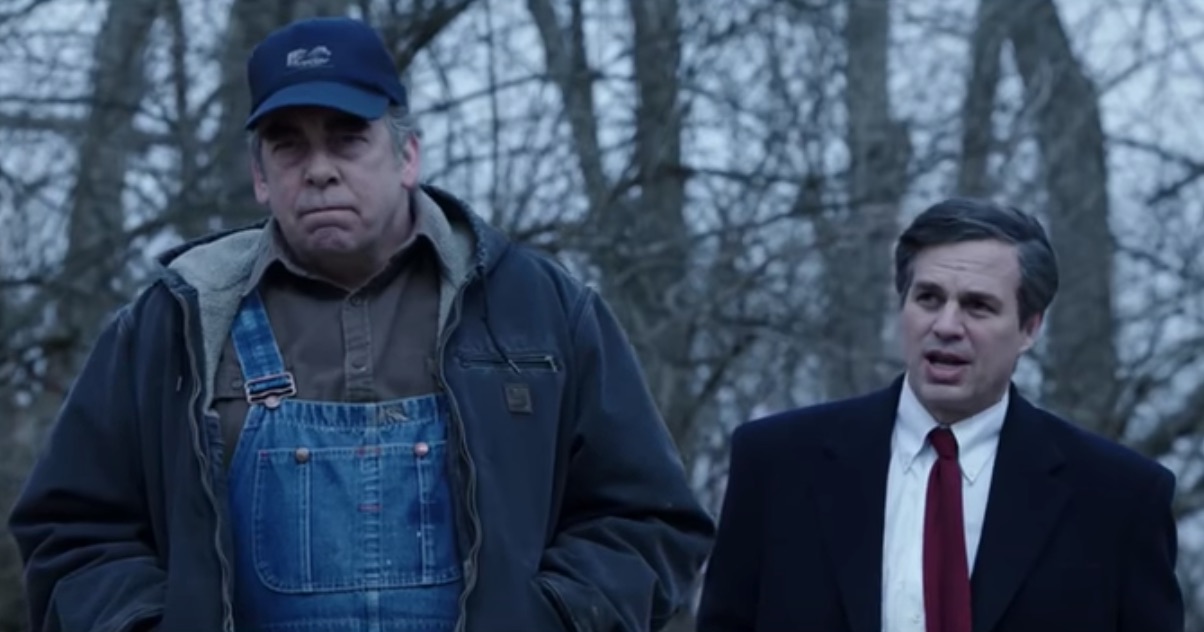 Matthew Michael Carnahan and Mario Correa’s script, adapted from the 2016 New York Times article by Nathaniel Rich, can get pretty deep in the weeds as it talks about industrial materials such as PFOAs, used in Teflon and other household items. It’s probably been in your house at some point, if not right now, despite recently being labeled as potentially toxic. The technical jargon combined with all of the necessary legal movements Bilott must go through can become overwhelming and tiresome. Unlike The Report, another crusading investigative venture that mostly involves rifling through boxes of documents, Dark Waters doesn’t have as intense a protagonist whose energy propels the drama forward. Bilott is quiet, a bit timid, and in the beginning skirts around the edges of the case so as to ruffle as few feathers a possible. He has reason to be afraid of pissing anyone off.

Where Dark Waters truly captivates is in capturing the way a monolithic corporate entity like DuPont insidiously destroys lives, and hides in plain sight while doing it. In the small West Virginia coal towns Bilott visits, DuPont is all the people know. Companies like DuPont make themselves indispensable, not only to these towns but to the entire country. It makes taking them seem like an impossibility, and they’ve got legions of lawyers to help make it look that way. Bilott knows the game all too well and knowing he was once part of that corrupt system is part of what transforms him from a cautious snooper into a bulldog confronting DuPont CEO Phil Donnelly (Victor Garber) at black-tie dinners. Even then, after Bilott’s hackles have been properly raised, the film unfolds in a grim, workmanlike fashion.

Personally, I prefer fun Mark Ruffalo to studious Mark Ruffalo, but he’s still the right guy to play Bilott. He’s always had an everyman sensibility and it serves him well here, as Bilott seeks to challenge authority in the most humble way possible. The other big name alongside Ruffalo is Anne Hathaway, who plays Bilott’s wife, Sarah. That’s pretty much all she is, too. A former lawyer now a stay-at-home mother, Sarah contributes little to the story despite indications she could’ve played a much larger role. Sporting a thick West Virginia grumble as deep as his bushy eyebrows, Camp stands out as the frustrated Tennant. 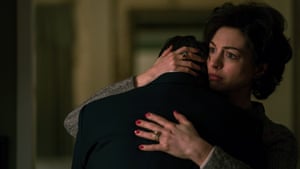 Both enthusiastic champions for environmental justice, Haynes and Ruffalo can’t help but walk the audience along through every minute facet of the case and all of the scientific and legal mumbo-jumbo. That does cause the movie to drag for stretches at a time, and yes, it can also get a bit preachy and sanctimonious. For anyone who stays up on the evening news, Dark Waters will be confirmation of the institutional corruption they already knew was weighing on this country like an anvil. For others, Dark Waters will be the wake-up call they need that the things we need to survive, our food, our water, are always under threat and we can’t count on corporations to protect us.