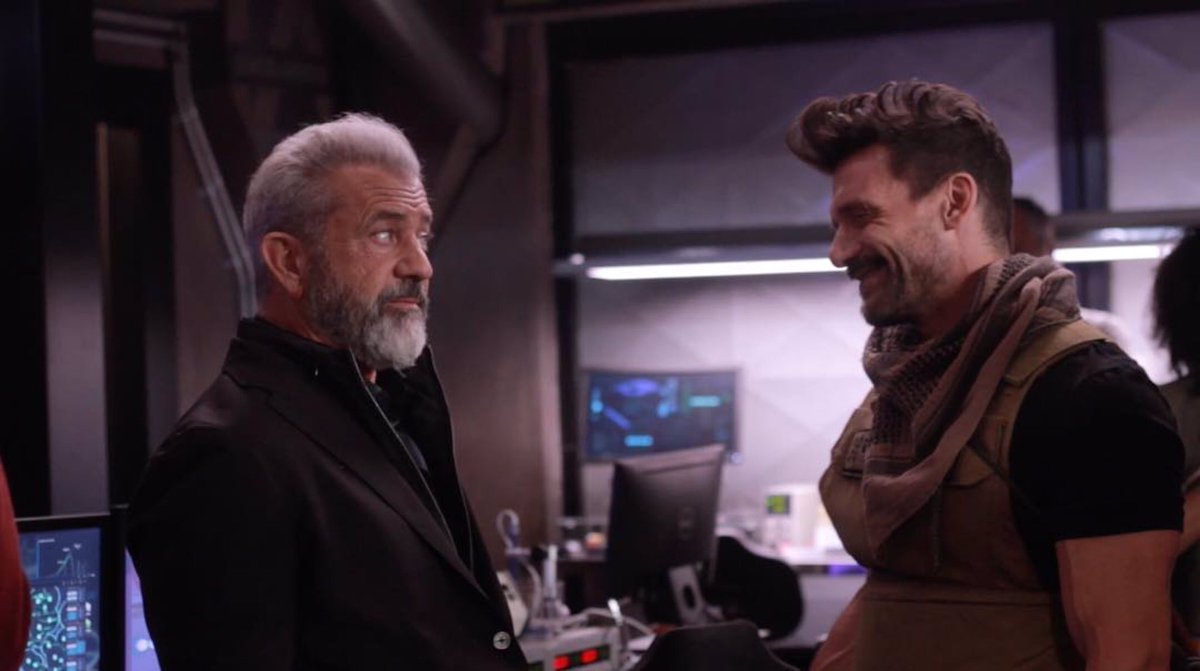 A good time must’ve been had on the set of Joe Carnahan’s sci-fi action film Boss Level, because he’s set to reunite with his stars Mel Gibson and Frank Grillo on something new.

Deadline reports Gibson and Grillo have joined Carnahan’s upcoming thriller, Leo from Toledo. Based on an original script by Dan Casey, it “follows a former killer for the Kansas City mob, now hiding in witness protection, who has trouble with his memory. When his past catches up with him and he becomes a hunted man, he has little time to save the one thing he has left – his estranged daughter and granddaughter.”

No word on when Leo from Toledo gets rolling, but Gibson is eager to get started…

“I’ve seldom had more fun than sitting in a writer’s room with producer Lawrence Grey and writer-director Joe Carnahan, while we spit balled on this story. It’s a tight, fast thriller, but its quirky observations had me in stitches,” Gibson said.