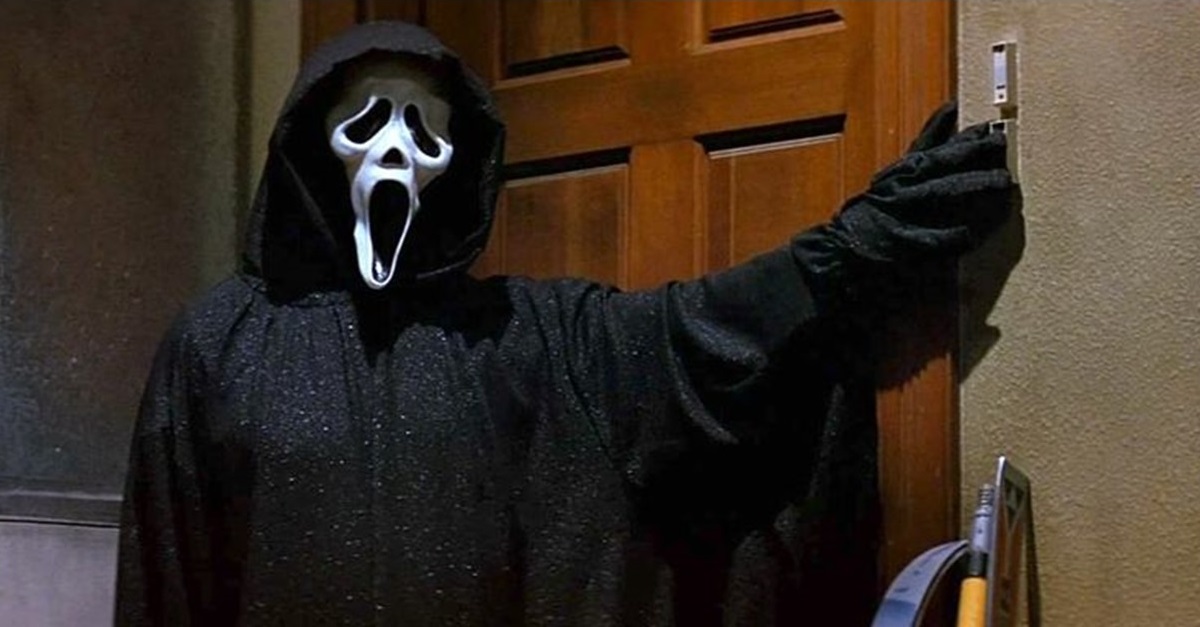 For every dark cloud there is a silver lining. Unfortunately this cloud is very dark and there isn’t enough silver to even come close to making the cause ok. That’s because that cloud is a loudmouth degenerate named Harvey Weinstein, thanks to the truth finally coming out about his depravity Dimension films, THE top name in mid-late 90’s horror studios, has off-loaded their content catalog and we are about to see quite a few properties come back to theaters near you. First rule in horror is that, when you think the bad guys dead, you’re wrong. Along with the Hellraiser franchise Spyglass is moving forward with development on a new installment in the Scream franchise. In case you haven’t been keeping track, the sleeper hit from the winter of ’96 which spawned the final iconic slasher villain, has spawned 3 sequels and 3 seasons of a TV show (which was surprisingly good).

I mean, this news is cool and all but I don’t know what else they can do with this storyline. The original was so special because it was fresh and different while still hitting the hallmarks of the genre with perfection. Scream 4 and the tv series pretty much covered all of the technological updates since the original. I say this just to point out that the one I’m much more excited about is the remake of Hellraiser which is being lead by David S. Goyer. Clive Barker’s bounty hunters from hell are an amazing story that’s never been filmed with any real skill. Just alot of blood and gore. There’s SO much a really talented filmmaker could sink their teeth into and really do the story justice.