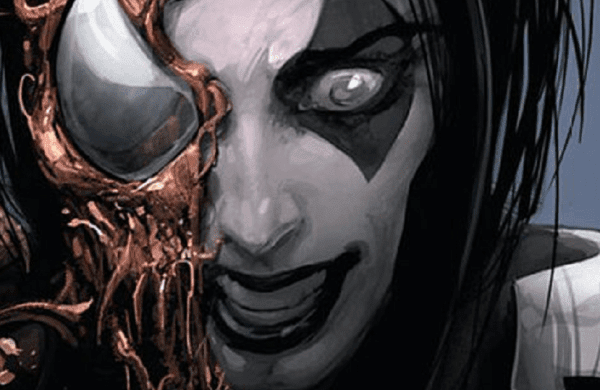 Because one supervillain is never enough, Venom 2 will see Tom Hardy’s alien symbiote face more than Woody Harrelson as Cletus Kasady aka Carnage. According to Deadline, the film will also see the screen debut of Carnage’s lover, Shriek.

Shriek, aka Frances Barrison, is a former drug dealer who joined up with Kasady when he broke her out of prison during the classic Maximum Carnage storyline in 1993. In the comics she is a mutant with the ability to control and manipulate sound, convenient considering symbiotes have a weakness to high sonic frequencies.  Expect her mutant heritage to be altered for Sony’s movie, however.

Casting for the Shriek role has focused on a wide array of “many kinds of actresses”, mostly unknowns at this point.