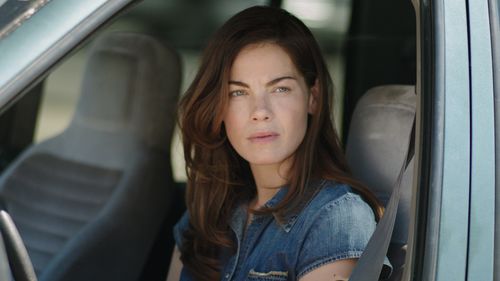 The coven continues to grow, as Zoe Lister-Jones’ remake of The Craft has added Michelle Monaghan to its cast.  The Mission: Impossible and Kiss Kiss Bang Bang actress is taking a mystery role in the film, but we can assume she’ll be someone who runs outside of the inner circle of teen witches.

Monaghan joins a cast that already includes Cailee Spaeny, Gideon Adlon, Lovie Simone, and Zoey Luna as the coven of high school witches, with Nicholas Galitzine and David Duchovny in other roles. My guess is Monaghan will play someone’s parent, a teacher, or perhaps the woman who runs the curio shop the girls frequent to buy their spell-crafting ingredients.

Here’s the new film’s synopsis, which reads a lot like the 1996 cult classic: A remake of the 1996 supernatural teen thriller. When starting at a new school, Hannah befriends Tabby, Lourdes, and Frankie & quickly becomes the fourth member of their clique. Hannah soon learns that she somehow brings a great power to the quartet.


I’ve always been a big fan of Monaghan, although too often she’s been relegated to secondary roles in blockbuster movies. The rare times she’s had a chance at the spotlight, like in the little-seen drama Fort Bliss, she’s knocked it out of the park.

The Craft should hit theaters sometime next year. [Deadline]