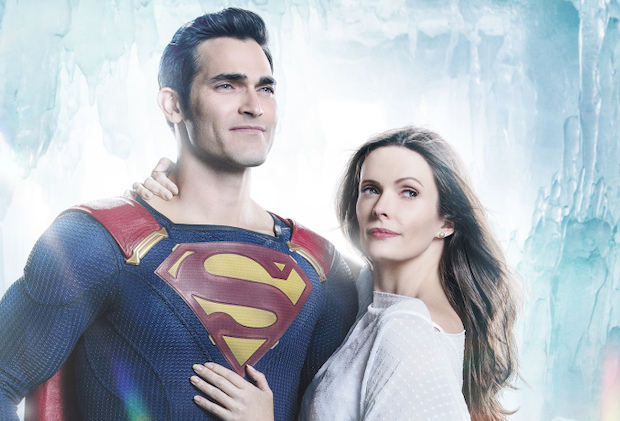 While I doubt anything will make me forget the Kryptonian perfection that was Dean Cain and Teri Hatcher (*swoon*) in Lois & Clark: The New Adventures of Superman, Greg Berlanti is going to give it a try. A new CW spinoff of Supergirl is in the works titled Superman & Lois, spinning out of the duo’s recent appearances in the Arrowverse.

The series will return Tyler Hoechlin and Elizabeth Tulloch to the roles of Superman and Lois Lane, and will revolve “around the world’s most famous superhero and comics’ most famous journalist as they deal with all the stress, pressures and complexities that come with being working parents in today’s society” according to THR‘s report.  I guess in the Arrowverse the question whether Supes and Lois can have kids has been asked and answered? Otherwise, this sounds almost identical to Lois & Clark, which makes it sortof an odd bird compared to the youth-centric shows it’s surrounded by.

Of course, this is being produced by Greg Berlanti like all of these Arrowverse shows are, with Todd Helbing serving as showrunner and writer of the pilot. Helbing had previously been in charge of The Flash, but stepped down and turned attention towards Superman & Lois.

While it’s too early to say if CW will move forward on this for the long haul, the track record says they probably will.