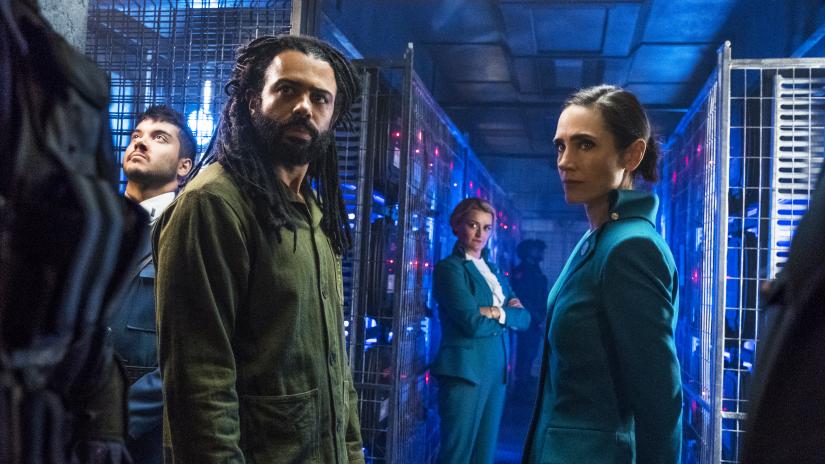 Feel like you’ve been waiting forever for that Snowpiercer TV series? Well, it has been a while. Multiple issues have only delayed the show’s debut, including a bouncing of networks from TNT to TBS and then back to TNT earlier this week, but don’t let that despair you. The series is still happening, boasts a cast led by Daveed Diggs and Jennifer Connelly, and now has a gorgeous animated prequel revealed yesterday at NYCC.

One thing that may have been lost in the talk of the series is that it sticks closer to the French graphic novel, Le Transperceneige, than Bong Joon-ho’s movie did. You can see that in the animation style of this teaser, which shows the events leading up to the remnants of humanity boarding the “arc”, a train powered by a perpetual-motion engine. Narrated by Diggs, who plays Layton Well, one of the impoverished passengers aboard the train, the beautifully animated sequence shows the planet freezing in the wake of a global climate disaster. This also serves as the opening minute of the first episode.
The cast also includes Mickey Sumner, Annalise Basso, Alison Wright, and more. There have been some major creative shifts, with director Scott Derrickson and original showrunner Josh Friedman exiting the series, replaced by Graeme Manson of Orphan Black fame. Despite all of the moves, TNT is expected to premiere Snowpiercer in spring 2020, with a second season already greenlit.