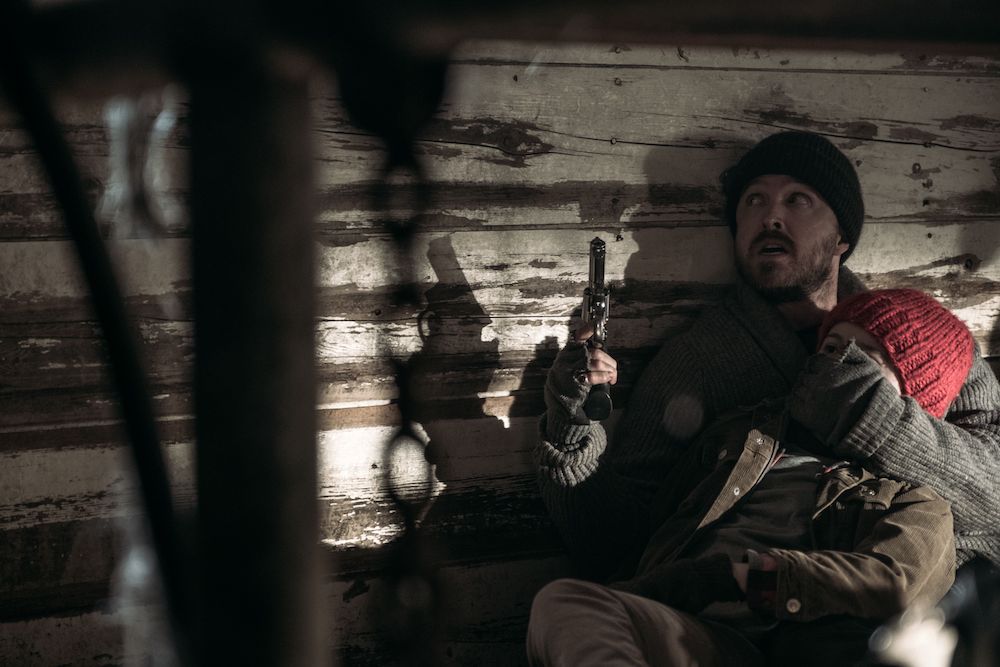 Everything about director Christopher Cantwell’s The Parts You Lose can be summed up in a single sentence:  A young deaf boy befriends an injured fugitive and learns life lessons while nursing him back to health.  That it’s so easily boiled down isn’t a problem, all movies should be as simply defined, but it’s incumbent upon the filmmaker to do something with it. That’s the problem facing Cantwell’s slowest of slow burn dramas, is that it lacks necessary tension and stakes when the circumstances tell us there should definitely be some.

The talented group of actors give it their best shot to fully realize the premise’s possibilities, chief among them deaf actor Danny Murphy. He plays Wesley, whose life is difficult enough beyond his deafness. There’s a severe lack of hope in the downtrodden North Dakota town in which he lives with his supportive mother (Mary Elizabeth Winstead) and younger sister. His abusive, uncaring father (Scoot McNairy) is often away for long spells, and when he returns casts unfair expectations on Wesley, such as stopping all that sign language stuff he does with his mother. Makes him weak, or so he thinks.  Wesley gets bullied at school, in particular by one kid who gets kicks from putting boogers in his hair.

Everything changes for Wesley when he discovers a half-dead man (Aaron Paul) lying in the snow. On a whim, he drags the unconscious, unnamed individual to a barn and begins nursing him back to health. Over time they become friends, or something close to it, with Wesley being taught how to defend himself from his abusers (with a backpack full of piggy bank coins) by his gruff, thuggish new father-figure. Meanwhile, we learn from TV reports and occasional visits from the law that the man is a wanted fugitive, and a dangerous one at that.

There’s a good story here that could’ve made for a light-hearted coming of age drama or a tension-packed thriller. Unfortunately, Cantwell seems disinterested in choosing either, with little that happens in the film carrying much dramatic weight. While a competitive game of checkers momentarily teases a much darker side to Paul’s character, little else conjures up the high-pressure scenario that having a desperate criminal within arm’s reach of a defenseless child and his unsuspecting family should.  Even the manhunt is dull, told in such a distant way that we hardly believe there’s anything to be concerned over.

Cantwell’s unhurried pace may be a bore, but it does offer glimmers of opportunities that sadly go to waste. His use of sound, and the lack thereof, to capture the silence and loneliness of Wesley’s world is effective. There’s a more engaging story to be found in Wesley trying to navigate a life that is always going to be an uphill climb, so much so that a wayward outlaw seems like a possible way out. But the script by Darren Lemke (who wrote Goosebumps and the upcoming Gemini Man) is thin on details, and under-utilizes its performers.  The Parts You Lose is watchable mainly because of the cast’s efforts, but has little else to offer.