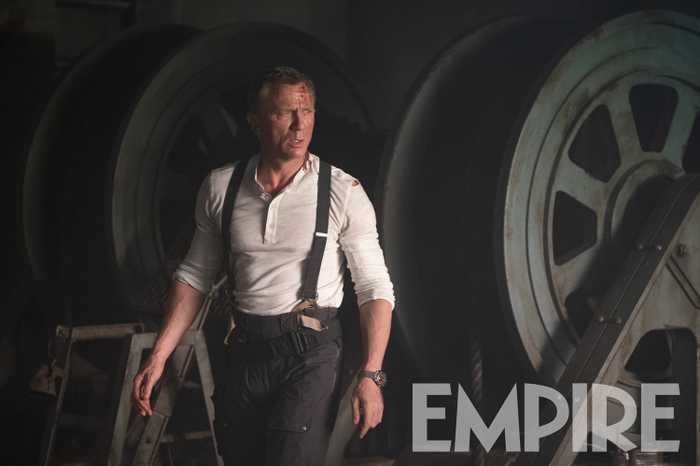 Filming has wrapped on No Time to Die, and seeing as this is (probably) Daniel Craig’s final time as 007, it’s a little bittersweet. Empire has dropped a brand new image of Craig in the film, and it’s notable for how dressed-down Bond is in this particular scene.

Sporting a bruised dome and a pair of suspenders that make it look as if he just finished bailing hay, Bond is a far cry from the tuxedo suits and shaken drinks we’re accustomed to. That said, a big part of this story is Bond’s retirement in Jamaica, so we shouldn’t expect him to be dressed to the nines all of the time, right? Nobody expects him to go through the entire movie looking like an extra from Witness, do they?

The conclusion to 2015’s Spectre saw Bond riding off into the sunset with Madeleine Swann (Lea Seydoux) in his favored Aston Martin. Seydoux is part of the cast returning for the sequel, along with Naomie Harris, Jeffrey Wright, Ralph Fiennes, and Ben Whishaw. Rami Malek plays the film’s mysterious villain, Ana de Armas plays someone named Paloma, while Lashana Lynch is Nomi, a female agent who has taken over the 007 codename.

That’s a wrap on #NoTimeToDie. See you in cinemas April 2020. #Bond25 pic.twitter.com/Qo6lM9TkFe