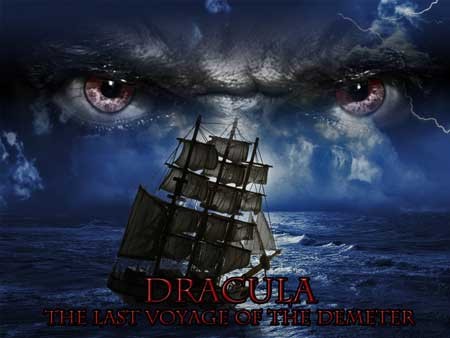 In Bram Stoker’s Dracula, the Demeter is the Russian ship which carried the vampire from Transylvania to England. That sequence differs from the book’s epistolary format as it’s told from the perspective of the ship’s captain, who witnesses the slow disappearance of his crew during the voyage until only he remained, tied to the ship’s helm.  A movie that about that section of the book, titled The Last Voyage of the Demeter, has been in the works for almost twenty years and appears to have been revived once more with a new director attached.

THR reports André Øvredal is in talks to take over on The Last Voyage of the Demeter, coming off his successful horror adaptation of Scary Stories to Tell in the Dark. Neil Marshall, David Slade, and Marcus Nispel have been attached to direct the film previously, and so was Viggo Mortensen as its star. I’d love to see Mortensen remain, but that reporting was seven years ago and he’s long since moved on. The script by Bragi Schut has been around a long time, too, and I have to think it’ll go through some significant rewrites before filming actually begins.

Øvredal is in the same mold as the prior directors approached to direct this movie. He excels at crafting ominous mood and atmosphere, but has a style that is his own. He also directed The Autopsy of Jane Doe which was creepy as Hell. I like him for this and hope he’s the guy to finally get this movie off the ground.