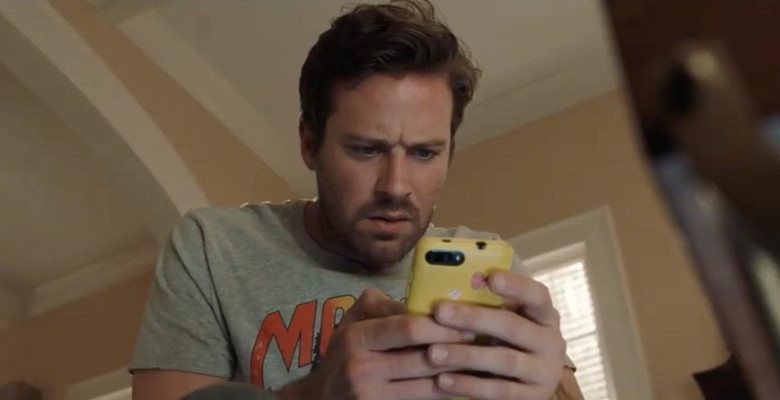 Oh, Wounds. I had forgotten you existed. The film by Under the Shadow director Babak Anvari made its debut at Sundance earlier this year, bringing with it some serious star power in Dakota Johnson, Armie Hammer, and Zazie Beetz. Despite that, reviews for the film were mixed at best, which should explain the lack of buzz just a couple of weeks before it premieres on Hulu.

Without giving away too much, think of Wounds as an updated version of The Ring, only with characters haunted by a cursed cell phone. Anvari’s gift for malevolent atmosphere and shocking imagery is in full effect, but for me it was all in service of a story that never made any sense. In fact, it was comical how nonsensical it was.

However, in my review I noted that there would undoubtedly be a certain segment of folks who will see more in the movie’s creepiness than me. Perhaps you will be one of them.  Wounds debuts on Hulu on October 18th.