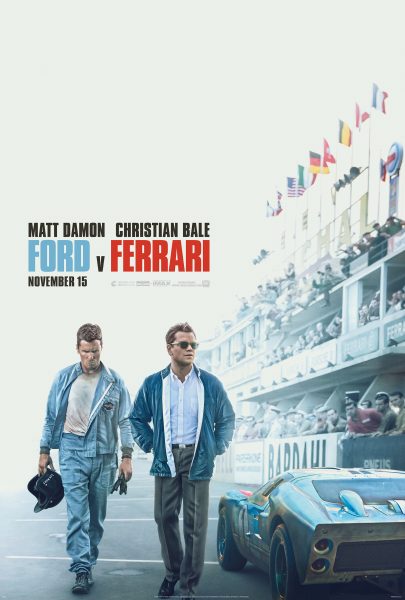 Racing out of the gates with incredible buzz following premieres at TIFF and Telluride is Ford V. Ferrari, the latest film from Walk the Line and Logan director James Mangold. Racing movies are a tough sell nowadays, which is why we haven’t had a major Hollywood one since 2013’s Rush, but the early reviews are painting this as one of the best movies of the year.

The duo of Christian Bale and Matt Damon lead the way, respectively as fearless British driver Ken Miles and American car designer Carroll Shelby, charged by Ford to build an unbeatable car that can defeat Ferrari at the “24 Hours of Le Mans” in 1966.

This looks like a rousing, crowd-pleasing film that can straddle the prestige/commercial divide. A lot of people are pumped to see how this movie does and I’m one of them.  It’s been in the works for years, once with Joseph Kosinski directing Tom Cruise and Brad Pitt.