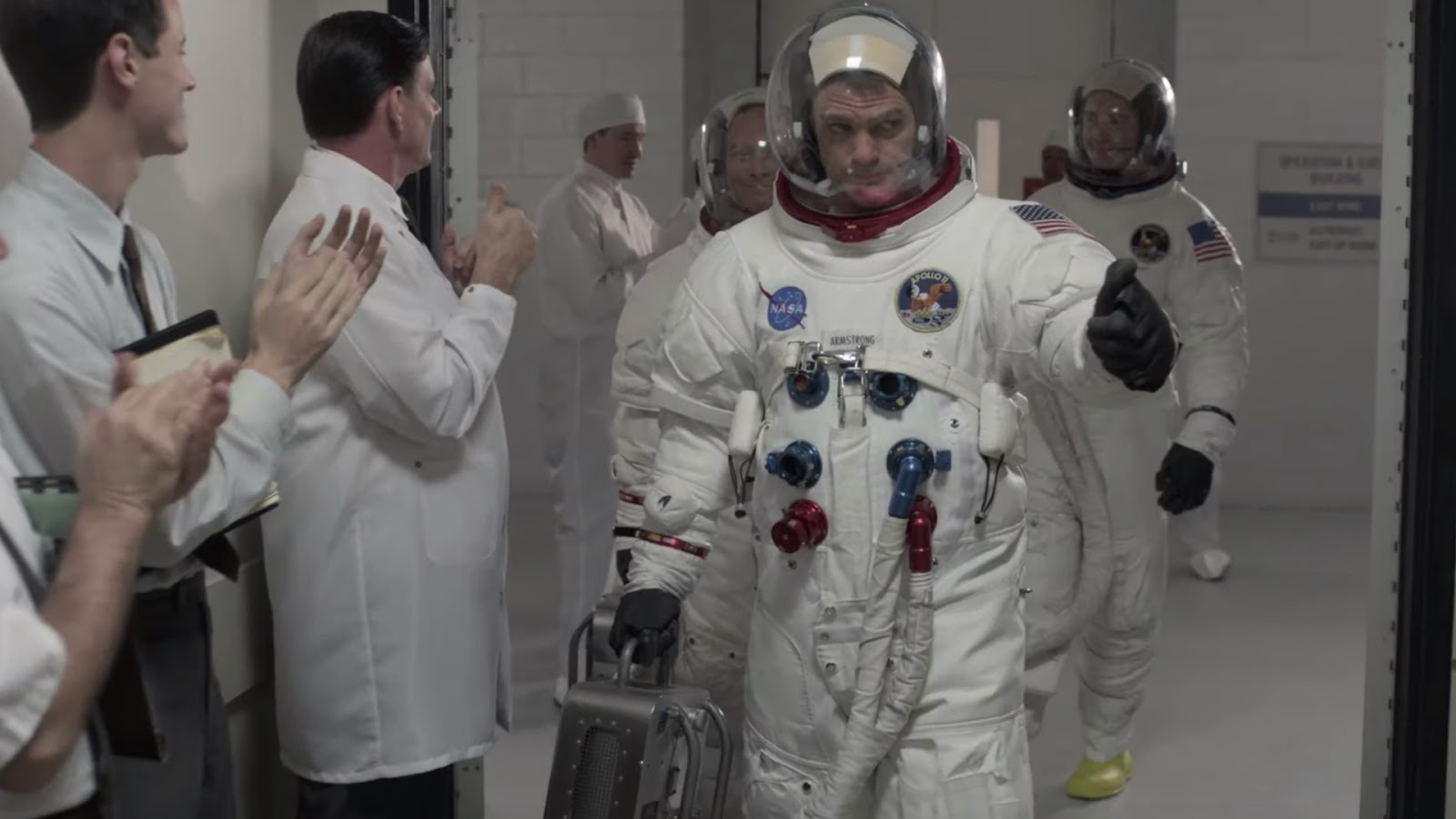 Even more than M. Night Shyamalan’s Servant, the upcoming Apple TV+ series For All Mankind looks like a reason to become a subscriber. Created by Battlestar Galactica and Outlander‘s Ronald D. Moore, the series takes an alternate history view on a defining moment in American history, when we became the first to ever set foot on the moon. But what if we weren’t the first? How would that change the course of this country’s future in space exploration?

That intriguing premise is backed up by a lot of talent in front of the camera with Joel Kinnaman, Michael Dorman, Wrenn Schmidt, Shantel VanSanten, Sarah Jones, and Jodi Balfour starring. Moore obviously loads of sci-fi cred thanks to Battlestar Galactica, and I think this has potential to be the biggest show ready for the Apple TV+ launch on November 1st.

SYNOPSIS: For All Mankind is created by Emmy® Award winner Ronald D. Moore (Outlander, Battlestar Galactica), Matt Wolpert and Ben Nedivi. Told through the lives of NASA astronauts, engineers and their families, For All Mankind presents an aspirational world where NASA and the space program remained a priority and a focal point of our hopes and dreams.