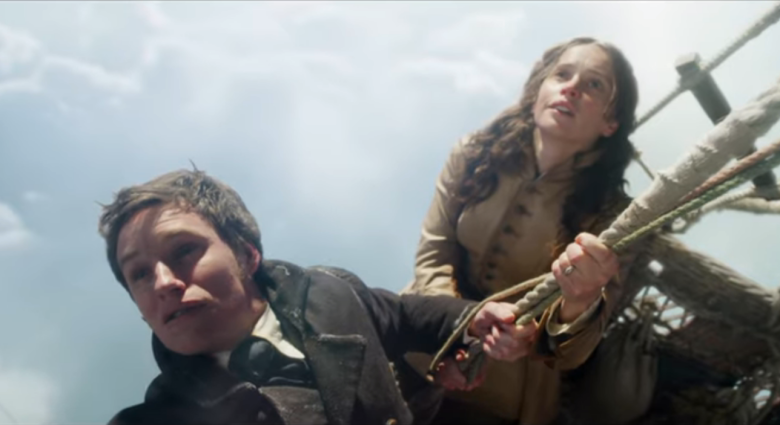 Oscar voters, be on the ready. The last time Eddie Redmayne and Felicity Jones teamed up they took the awards season by the reins with The Theory of Everything. Redmayne took home Best Actor for his performance as Stephen Hawking, while Jones earned a nomination as his wife. Now they’re back and ready to fly higher than before, literally, with The Aeronauts, about a pair of pioneering balloonists.

Redmayne takes flight as scientist, inventor, and astronomer James Glaisher, who in 1862 reached record-breaking heights in a gas balloon. Jones plays Amelia Wren, a fictional composite of other balloonists Glaisher worked with. Most of them were male (such as Henry Tracey Coxwell, totally excluded from the movie) but I’m guessing screenwriter Jack Thorne couldn’t pass up a chance to reunite Redmayne and Jones, who are a proven duo. They’re joined by Phoebe Fox, Himesh Patel, Vincent Perez, and Tom Courtenay.

Behind the camera is Tom Harper, who is already having a great 2019 with his musical drama Wild Rose. He could be very busy over the next few months as campaigns are mounted for both movies.

SYNOPSIS: Set in 1862, THE AERONAUTS follow wealthy young widow Amelia Wren (Felicity Jones) and ambitious scientist James Glaisher (Eddie Redmayne) as they mount a balloon expedition to fly higher than anyone in history. This is a journey to the very edge of existence, where the air is thin, and the chances of survival are slim. As their perilous ascent reveals their true selves, this unlikely pair discover things about each other – and themselves – that help them find their place in the world they have left behind.


The Aeronauts will have its world premiere at Telluride, before Amazon Studios releases it on December 6th.