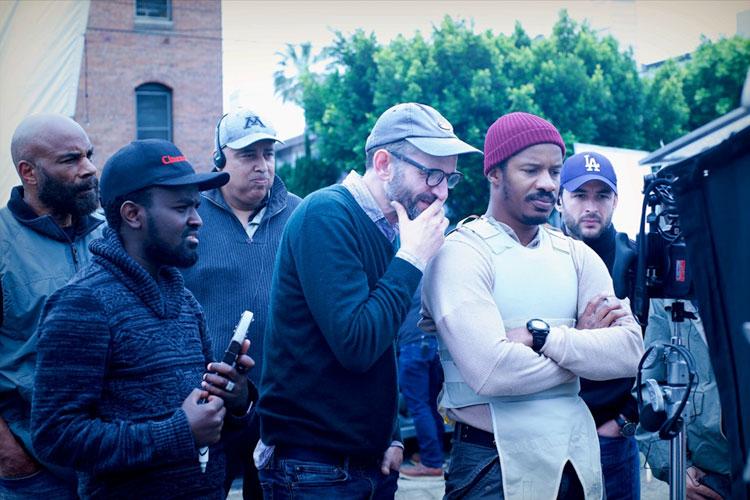 I remember attending the world premiere of Nate Parker’s directorial debut, Birth of a Nation, at the 2016 Sundance Film Festival. The night before, me and Tim Gordon had conducted an impromptu interview with Parker and he was electric with excitement for the historical drama’s debut. After the screening, critics hailed it as a clear Oscars favorite, and it was quickly acquired for a record $17.5M. Months later, its theatrical release was crushed by a years-old sexual assault allegation which, to be fair, Parker did not handle very well publicly. The film died a quiet death, and Parker has been on the sidelines ever since.

But now he’s back with American Skin, a feature which he wrote, directed, and will star in. In a somewhat surprising move, the film will have its world premiere as part of the Venice Film Festival lineup, followed by a Q&A hosted by Spike Lee.

Here’s a synopsis: In American Skin, Lincoln Jefferson (played by Nate Parker) is a Marine veteran, and now a janitor at a prestigious junior high school in California, who is trying to mend his relationship with his son after his divorce. One day, during a routine police check, the boy is killed, but the officer guilty of shooting him is declared innocent without having to face trial. Disheartened for having been denied due process, Lincoln takes the entire police station hostage, and himself stages an actual trial in which the members of the jury are the inmates and common people, acting in the stead of Government to finally bring justice to his son.


Hmmm…possibly Parker making a statement about the court of public opinion? I still believe the treatment he received was abnormally harsh compared to others at the time, and it’s good to see him mounting a comeback. While I wasn’t as big on Birth of a Nation as others, it showed him to be a filmmaker of tremendous potential and American Skin could see him fulfill on that promise.