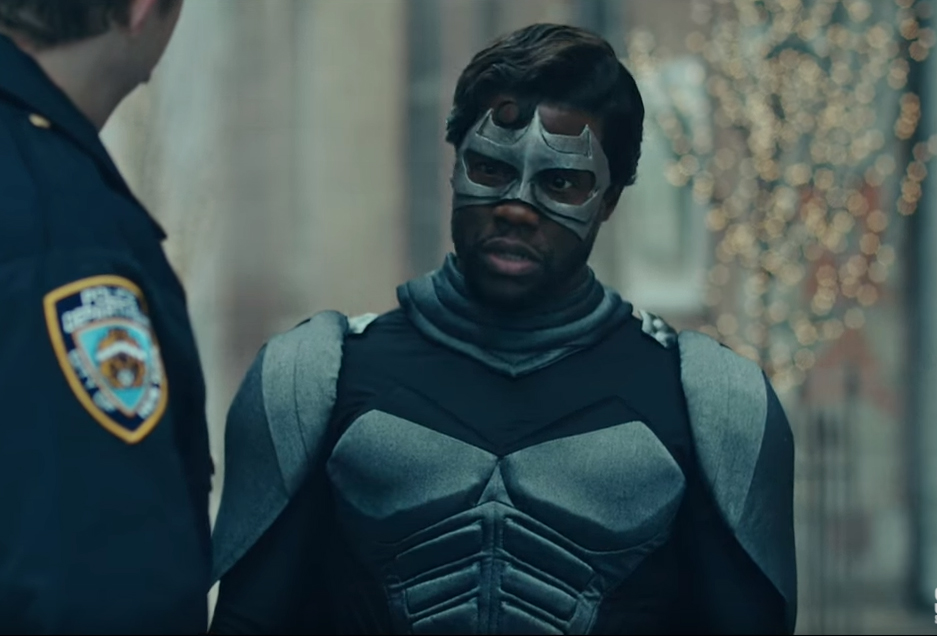 Kevin Hart, superhero? Well, not quite, but he’s about to meet one in the new superhero comedy Night Wolf, a film by Detective Pikachu writers Dan Hernandez and Benji Samit.

The film centers on a Meet the Parents-style encounter between Hart’s character and his future father-in-law, only to discover that he is secretly the superhero known as Night Wolf. Unfortunately, it doesn’t sound like Hart will be suiting up for any heroics in this one. He will not only star, but will produce.

Hart is coming off an extended cameo in Hobbs & Shaw. He’s added a ton of future projects including a remake of Korean hit Extreme Job, and an Uptown Saturday Night remake. He’s also attached to a Monopoly film, and has Jumanji: The Next Level hitting theaters in December. This is all on top of the surprising success of The Upside, and his returning voice role in The Secret Life of Pets 2. In short, Hart is hella busy but he doesn’t appear to be slowing down. [Deadline]