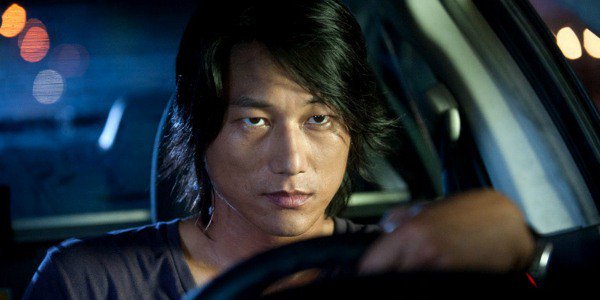 Like you, I’ve been wanting Justice for Han ever since the popular Fast & Furious character’s demise, first in Tokyo Drift and then again in Fast Six. The latter, his actual death, came at the hands of Jason Statham’s Deckard Shaw, who now has gone on to antihero status alongside Dwayne Johnson in Hobbs & Shaw. So it’s been tough for a lot of people to accept Shaw until he pays a price for Han’s death, and franchise scribe Chris Morgan says that day will eventually come.

However, that’s not the real story, or at least it’s just the beginning.

So let’s start with Morgan, who has written every Fast & Furious movie from Tokyo Drift all the way up to Fate of the Furious before moving to spinoff Hobbs & Shaw. He tells EW that fans wanting “Justice for Han” only need to wait a bit longer for satisfaction…

“I love ‘justice for Han. Sung Kang is a great friend, and Han is a character that I adore. I would say that the super-arc for Deckard Shaw is going to be one of the most interesting, cool, rewarding character arcs in the franchise. Justice for Han is owed. It’s something we have discussed for a very long time and want to give the right due to. I think the audience will be satisfied and should know it’s coming. There’s a line in Hobbs & Shaw that is right before the battle in Samoa where Shaw says to his sister, ‘There’s things I’ve done that I have to make amends for.’ That line was specifically written and put in there just to let everyone know that he is talking about Han — it is on his mind. It tortures him, and he’s going to get to it.”


There’s just one problem; Morgan may not have the creative control he thinks he does. Or at least, that’s what Michelle Rodriguez said while retweeting Morgan’s comments…

I’ve been around since the beginning way before Chris Morgan came along & he has absolutely nothing to do with where this narrative is or where it’s going FYI ? Hobbs and Shaw writer promises that justice for Han is coming | https://t.co/B3ZbIZ5vot https://t.co/6u2oDTec5U

Oof, that’s awkward. This isn’t coming out of nowhere, either. You may recall Rodriguez has been very vocal about the poor treatment of the franchise’s female characters, even threatening to quit if things didn’t change. It wasn’t long after that Morgan left the “core” movies and went on to Hobbs & Shaw, with no plan for him to return for next year’s Fast 9. Given that Morgan wrote 6 of the 8 movies, it’s clear he was someone Rodriguez specifically had issues with.

So if we do get to see Shaw pay for what he did to Han, it’s probably going to be in a Hobbs & Shaw sequel. But how satisfying would that be since the people who cared about him are in completely separate movies?