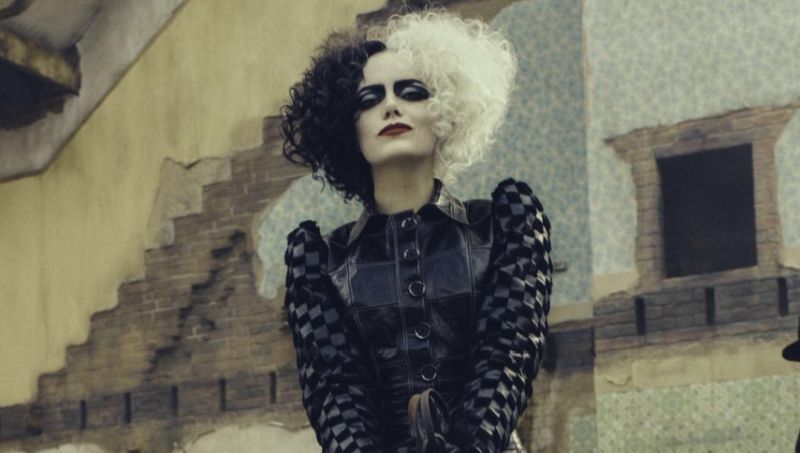 Disney’s favorite dog-knapper is back as we’ve never seen her before. Over the weekend at D23, Disney revealed the first look at a punk rock Emma Stone as Cruella de Vil in their live-action Cruella.

The 101 Dalmatians villain is rocking hair like a black & white cookie, a buckled leather jacket, a trio of canines that look like attack dogs, and a pair of goons played by I, Tonya‘s Paul Walter Hauser and Yesterday‘s Joel Fry.

Stone plays a much younger version of Cruella than in the classic animated 1961 movie, or the two live-action remakes that starred Glenn Close. This is an origin story set in 1970s London, but details beyond that have been kept a mystery. Previous rumors had Hauser in the role of Roger, owner of the Dalmatians that have Cruella so obsessed. His character’s name is actually Horace, and clearly he’s just one of Cruella’s henchmen. Unseen in this image is co-star Emma Thompson.

Cruella is directed by Craig Gillespie and opens on May 28th 2021.