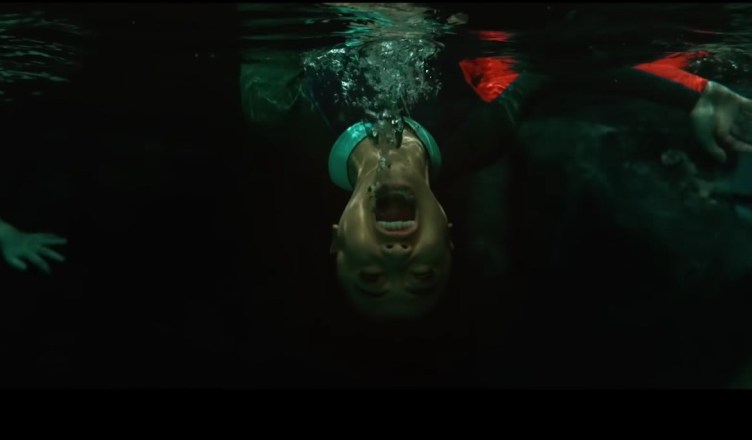 It’s 2019 and Hollywood is keeping the waters as terrifying as ever, and following the modest success of Crawl, we’re now getting the full trailer for 47 Meters Down: Uncaged. Unlike its predecessor which turned out to be a sleeper in 2017, this one will be missing three key ingredients: stars Mandy Moore and Claire Holt. And cages. Hence the “Uncaged”.

Once again directed by Johannes Roberts, the considerably less-starry sequel features Nia Long and John Corbett as the biggest names, joined by Sophie Nélisse (The Book Thief), Corinne Foxx, Brianne Tju, and Sistine Stallone. Stallone is making her acting debut and following in daddy’s footsteps, although he never had to swim in an underwater labyrinth full of hungry sharks. She might be able to teach him a thing or two.
SYNOPSIS: The film follows the story of four teen girls diving in a ruined underwater city, who quickly find themselves in a watery hell as their fun outing turns into heart-stopping fear when they learn they are not alone in the submerged caves. As they swim deeper into the claustrophobic labyrinth of caves they enter the territory of the deadliest shark species in the ocean.

Box Office: ‘Good Boys’ Gets Rowdy With $21M As Other Newbies Struggle