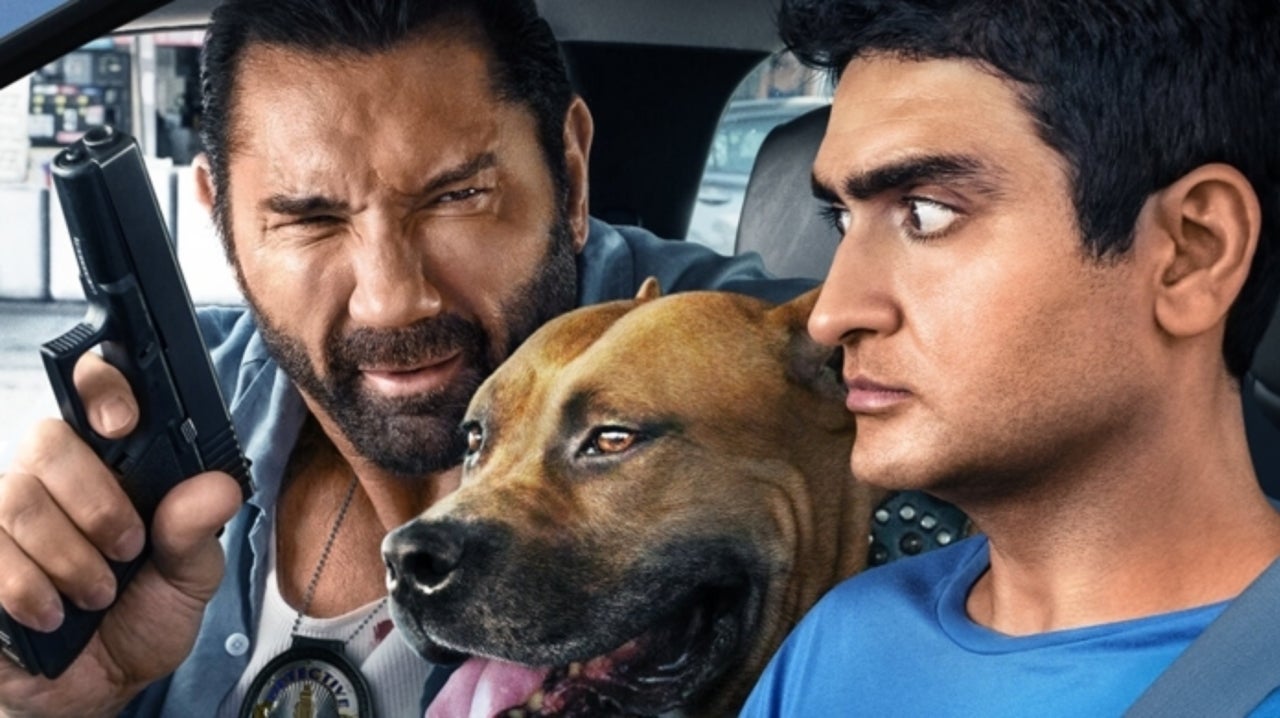 There are a lot of great things about Stuber, the action-comedy from Take Me Home Tonight and Goon director Michael Dowse. There are also a lot of things that aren’t so great, but let’s not worry about them just yet and focus on the good stuff. For one: Dave Bautista and Kumail Nanjiani are exactly the kind of oil ‘n water duo you want them to be. One is an aggressive and angry physical force, the other a nervous wreck of apologies and wise-cracks. The action is crazy if a little over-the-top, but the best thing about Stuber? It’s not that damn serious. Just sit back and enjoy the rideshare.

Stuber isn’t looking to change the world or anything. It’s not going to be the next Avengers movie; it doesn’t seem to have big franchise aspirations. It’s not making a serious point about anything, and as far as I can tell it has no deeper meaning other than to question the ease of accidentally selecting UberPool.  Stuber feels like a throwback to a time when these random buddy comedies weren’t just the norm but arguably the most popular genre around. It feels good to go back to that, even if just for a little while.

As grizzled, hulking LAPD detective Vic Manning, Bautista is the height of toxic masculinity. He’s all rage and insecurity, a bull in a china shop who sets out to take down infamous drug smuggler Teijo (The Raid‘s Iko Uwais, who also did the fight choreography) before a major deal. But Vic and his partner Sara (Bautista’s Guardians of the Galaxy co-star Karen Gillan) are ambushed and she’s killed in the assault, with Teijo escaping from the Staples Center by the skin of his teeth.

That sets Vic on a path for revenge, and on the hottest day LA has seen in decades he finally gets his shot. Unfortunately, it comes on the same day that he’s had LASIK eye surgery, emerging from the doc wearing those unfortunate goggles (I’ve worn those, they are truly terrible), and on the day his daughter Nicole (Natalie Morales) needs him to attend her art show. That’s all good, but Vic needs to find Teijo. Problem is, he can’t see. Natalie does what little she can for her distracted, luddite of an old man and that’s call him an Uber. Enter Stu.

Stu is a real trip, with Nanjiani bringing his cynical worldview to the role. Stu’s a decent guy, working two jobs and trying to emerge from the “friend zone” he’s been placed in by Becca (GLOW‘s Betty Gilpin), his longtime pal and future business associate on a spin cycling gym unfortunately-named “Spinsters”.  From the moment Vic comes barreling into his life, literally slamming his hands on the hood of Stu’s leased Uber vehicle, he’s a terrified passenger in the weirdest, most dangerous ride of his life. If he can escape with a 5-star rating it might have been worth it.

Stu’s need for that 5-star rating is a big part of the movie’s humor. He’s so desperate for it that he does pretty much everything Vic asks just to earn it, up to and including holding a suspect at gunpoint. Yeah, the premise is a bit dicey when you look into the details, but this is a film that embraces its ridiculous qualities. It’s hard to take Stu at face value, which is fine because little about Stuber makes sense in reality. That’s part of the fun, which is why watching a blind Bautista drive his car into every road obstacle before crashing into a ditch is so damned hilarious.

While Dowse and screenwriter Tripper Clancy keep Stuber to a brisk 93 minutes, Stuber is still stretched to the limit and certainly there aren’t enough laughs to go around. The best moments are when Vic and Stu aren’t busy chasing around criminals or involved in shootouts, but when they are forced to deal with one another as semi-equals Not that we should expect the female characters to get any depth but it’s especially disappointing that Gilpin is mostly seen over FaceTime.  On the other hand, Uwais acting as fight choreographer goes a long way in making the action stand out, and explains why it’s maybe a touch too violent. A fight scene between Stu and Vic inside a sporting goods store is at all times hilarious, brutal, absurd, and too long. But it’s also the only scenario in which Nanjiani could ever hope to stand a chance against someone like Bautista. Okay, not really. Again, Stuber is pretty ridiculous, and while not quite a 5-star ride the trip is enjoyable enough that we should definitely tip our driver.