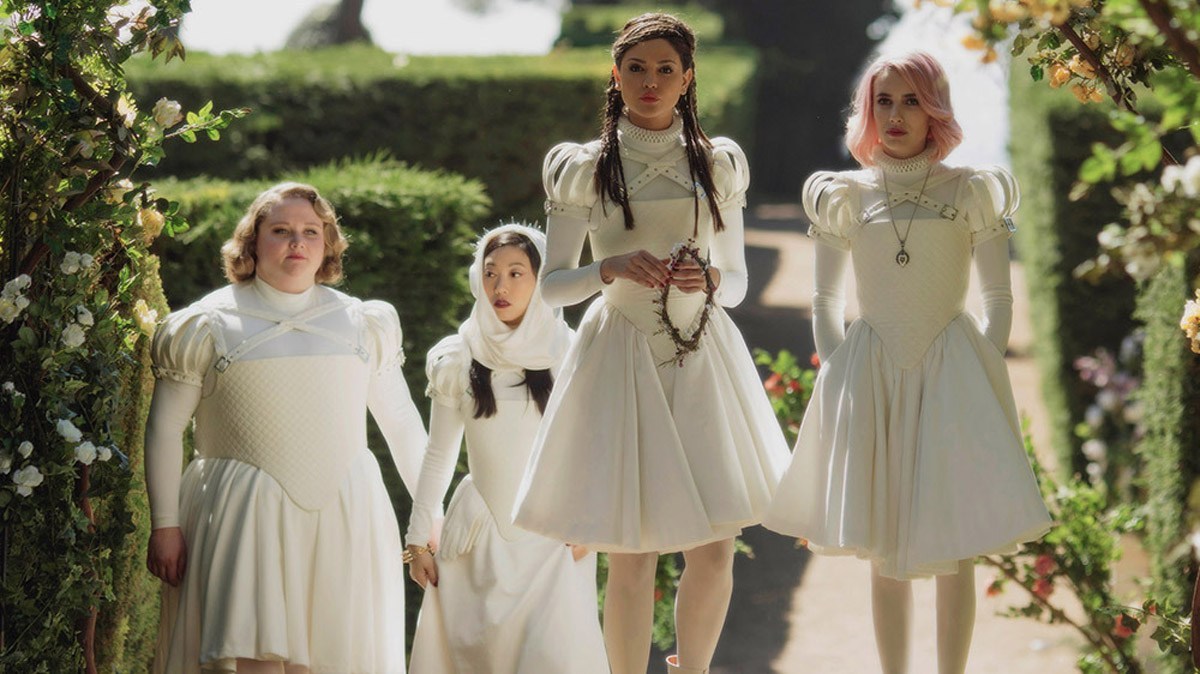 I don’t recall a damn thing about Paradise Hills. It was apparently at Sundance this year…? And somehow it slipped my attention, which is weird because it stars Emma Roberts. And Awkwafina. And Danielle Macdonald. And Milla Jojovich. And Eiza Gonzalez. They’re all pretty high on my list of favorite actresses. So the movie, which looks like a weird puzzle box of a thriller, must not have made many waves, which by no means lessens my interest in it now.

In Paradise Hills, Roberts stars as a woman who awakens on a mysterious island resembling something out of Alice in Wonderland. She soon learns this place is a boarding school where women like her go to be perfected, but beyond the island’s beauty is something sinister. Shocker!

Making her directorial debut is Alice Waddington, known for her acclaimed short Disco Inferno. She’s assembled quite a cast for this one, with many of her stars on the verge of new phases in their career. Roberts has been in a rut of late but looks to break out of that with this and the mysterious Blumhouse thriller The Hunt; Awkwafina is being talked about for awards due to her dramatic breakthrough in The Farewell, while Macdonald is coming off roles in Dumplin‘ and Bird Box.