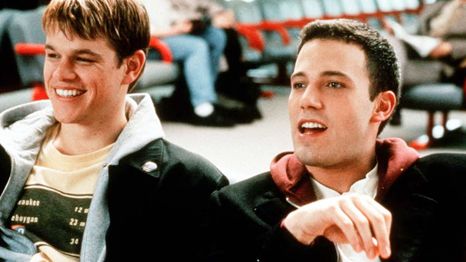 It’s been 22 years since Matt Damon and Ben Affleck burst onto the Hollywood scene with Good Will Hunting, which earned the duo an Oscar win for Best Original Screenplay. They’ve done a lot of projects together since then, but it’s been a long time since they’ve collaborated in the way they are on The Last Duel, a huge project that will find them scripting and starring.

Intriguingly, the film is set to be directed by Ridley Scott, with Nicole Holofcener (Can You Ever Forgive Me, Enough Said) co-writing the script with Damon and Affleck. Damn. Eric Jager’s novel serves as the source for this 14th-century true revenge tale about two friends, one a Norman knight and the other a squire. It’s a return to the one-on-one dynamic Scott tackled with 1977’s The Duelists.  Deadline sums it up best:

It’s a revenge story of two best friends. Damon and Affleck will play them. The main characters are the Norman knight Jean de Carrouges and the squire Jacques Le Gris. They were friends. One goes to war and returns to accuse Le Gris of raping his wife Margerite de Carrouges. No one will believe the woman, and the soldier appeals to the king of France to undo a decision handed down by Count Pierre d’Anencon, which favored Le Gris. The decision handed down is that the two men fight a duel to the death. The one left alive would be declared the winner as a sign of God’s will. And if Jean de Carrouges loses, his wife will be burned at the stake for punishment for her false accusation.


The project was initially set up at Fox, but now is in Disney’s hands and they might not see the edgy material as something they want to pursue. If they pass, a host of other studios will eagerly jump on such a star-powered film with, at least it seems to be, very clear awards season potential.