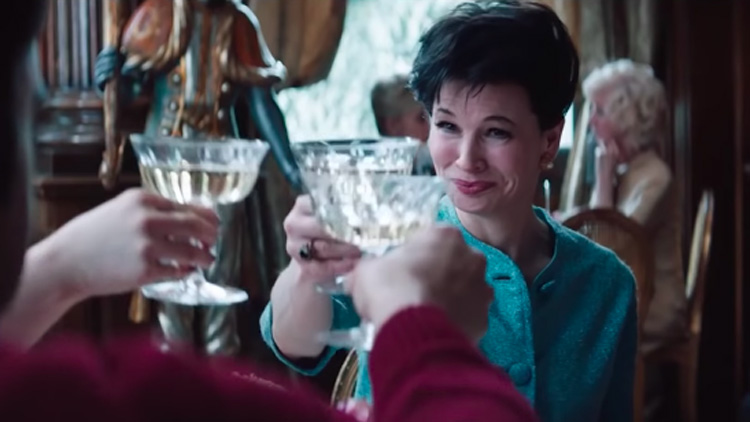 As Renée Zellweger’s comeback continues (Zellwegaissance?), she makes a pointed bid for Oscars glory as Judy Garland, the Hollywood icon who experienced quite a career comeback herself. The biopic Judy finds Zellweger giving an exacting performance as the Wizard of Oz actress, Oscar and Grammy winner, right down to her quivering rendition of “Over the Rainbow.”

Behind the camera is Rupert Goold, best known for his theatre credits but made an impressive big screen debut with 2015’s True Story. The film is an adaptation of Peter Quilter’s stageplay End of the Rainbow, which details Garland’s final days before her sudden death at the age of 47.  Alongside Zellweger is a cast that includes the multi-talented Wild Rose star Jessie Buckley, Finn Wittrock as Garland’s fifth husband Mickey Deans, Rufus Sewell as husband number three Sid Luft, and Michael Gambon as manager Bernard Delfont. Garland’s daughters Lorna Luft and Liza Minnelli (who does NOT like this movie at all) are portrayed by Bella Ramsey and Gemma-Leah Devereux respectively.