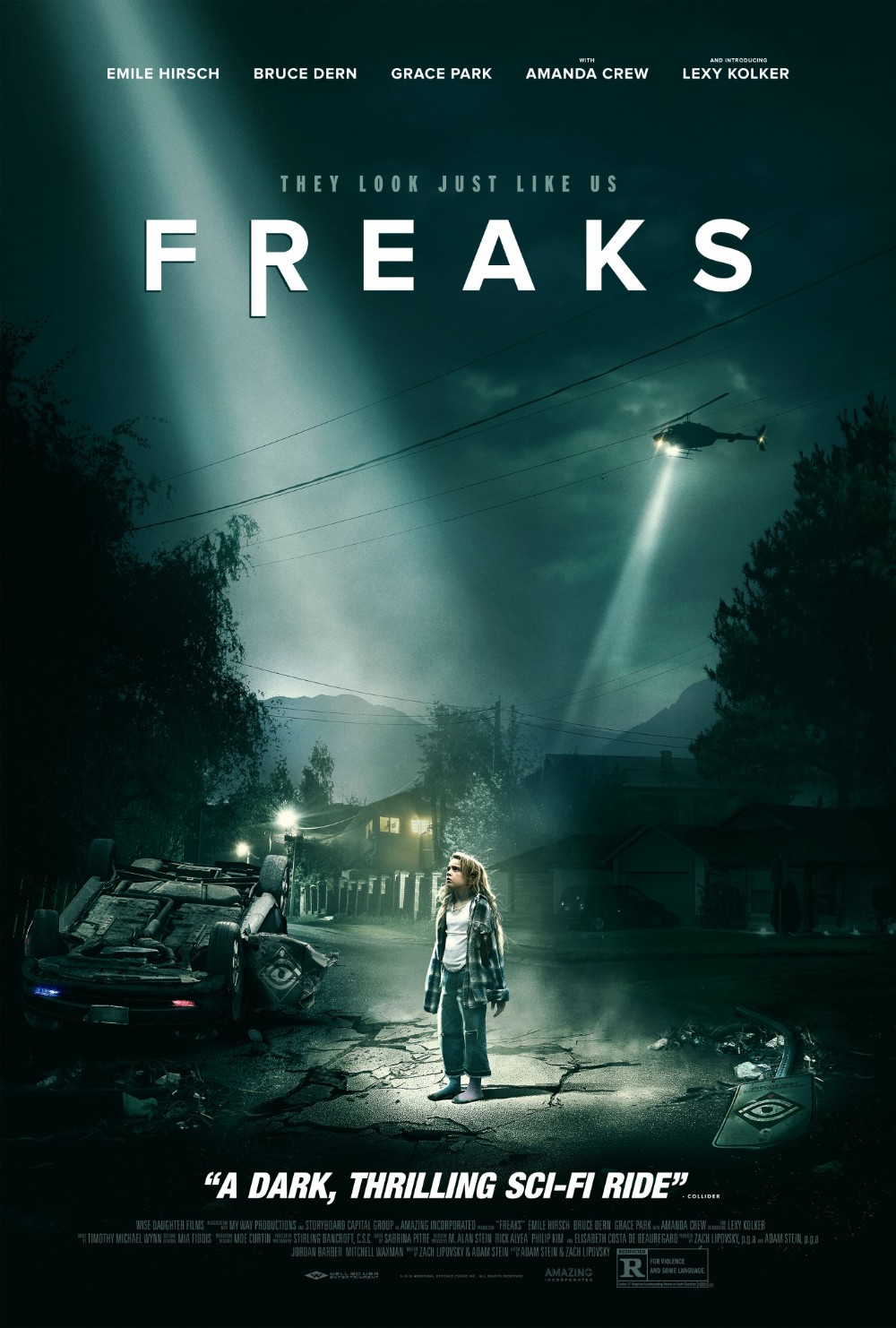 Comic-Con is the place to be for Marvel and DC fans to indulge in their favorite comic book characters, but one of the cool things about it is that there’s also plenty of stuff that’s off the beaten path. For fans of superhero movies that means an opportunity to check out a film such as Freaks, the dark sci-fi thriller that arrives later this summer.

I must confess, when the teaser dropped a few weeks ago I didn’t really make the superhero connection, but with the film making a stop at Comic-Con preceded by this newly-cut trailer, it’s clear the audience they are targeting. Emile Hirsch stars as a concerned father who locks his daughter (Lexy Kolker) away with a warning of dangers in the outside world. He’s speaking of the Abnormals, superpowered beings the government is attempting to control. His plan to keep safe are thrown into chaos when the young girl is tempted to leave home, and discovers what the true danger is.

The film is directed by Zach Lipovsky and Adam Stein (Kim Possible), having made a splash at TIFF last year. Hirsch and Kolker are joined in the cast by Bruce Dern, Grace Park, and Amanda Crew.

Freaks hits theaters on August 23rd. If you’re attending San Diego Comic-Con and want to check out a special screening, it takes place on July 18h and you can RSVP here.