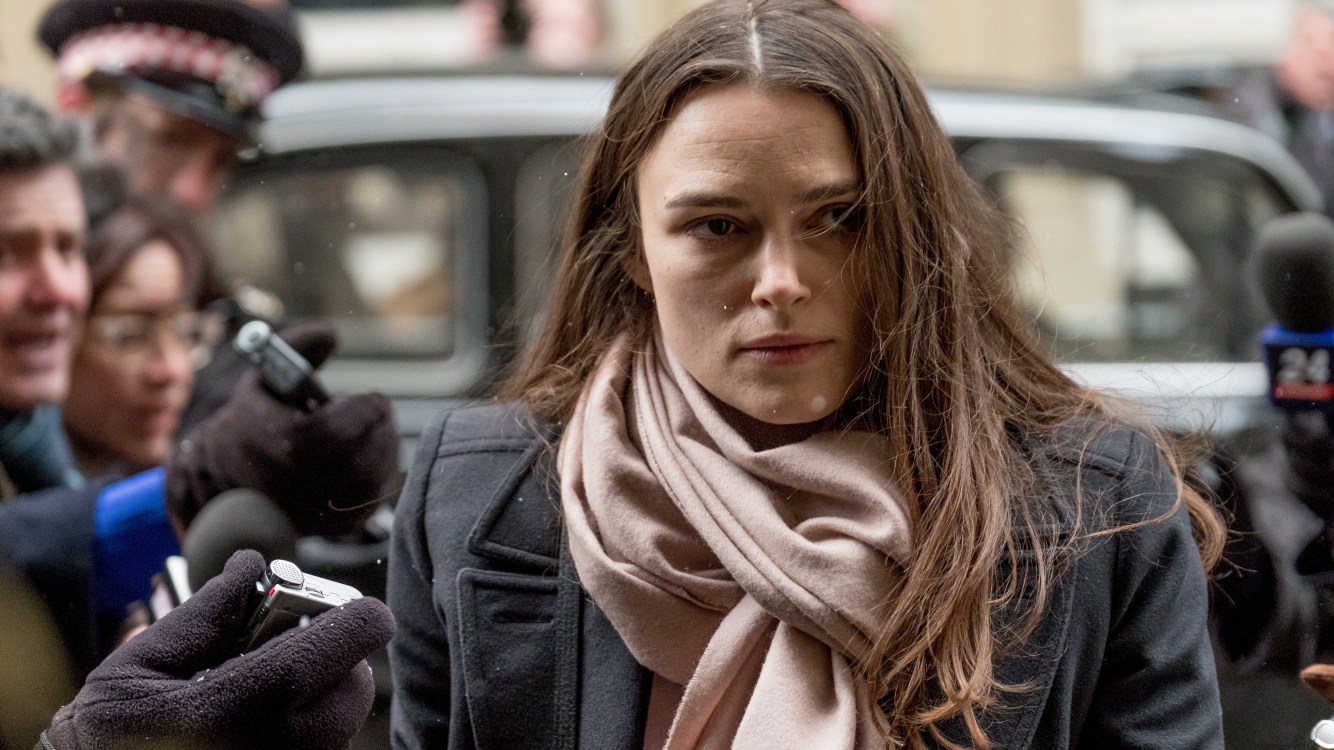 We’re happy to offer our DC readers the chance to attend a free screening of Official Secrets, based on the true story of Iraq War whistleblower Katharine Gun. The film is directed by Gavin Hood (Ender’s Game) and stars Keira Knightley, Matt Smith, Ralph Fiennes, and Matthew Goode.

SYNOPSIS: Sixteen years ago, as the world was still grappling with the aftershocks of 9/11, politicians in the United States and Great Britain were angling for a motive to invade Iraq. On January 31, 2003, Katharine Gun, a 29-year-old translator at the British intelligence agency GCHQ, read a classified email that urged the blackmailing of United Nations members to ensure a yes vote on the controversial war resolution. What Gun did next – leaking the email to the public and placing herself at enormous personal and professional risk – was one of the bravest acts of a whistleblower in the last two decades.


The screening takes place on Tuesday, July 30th at 7:00pm at Landmark E Street. If you’d like to attend, simply print out the below Admit-Two pass. Please remember all screenings are first come first served and you will need to arrive early to ensure seating. Enjoy the show! 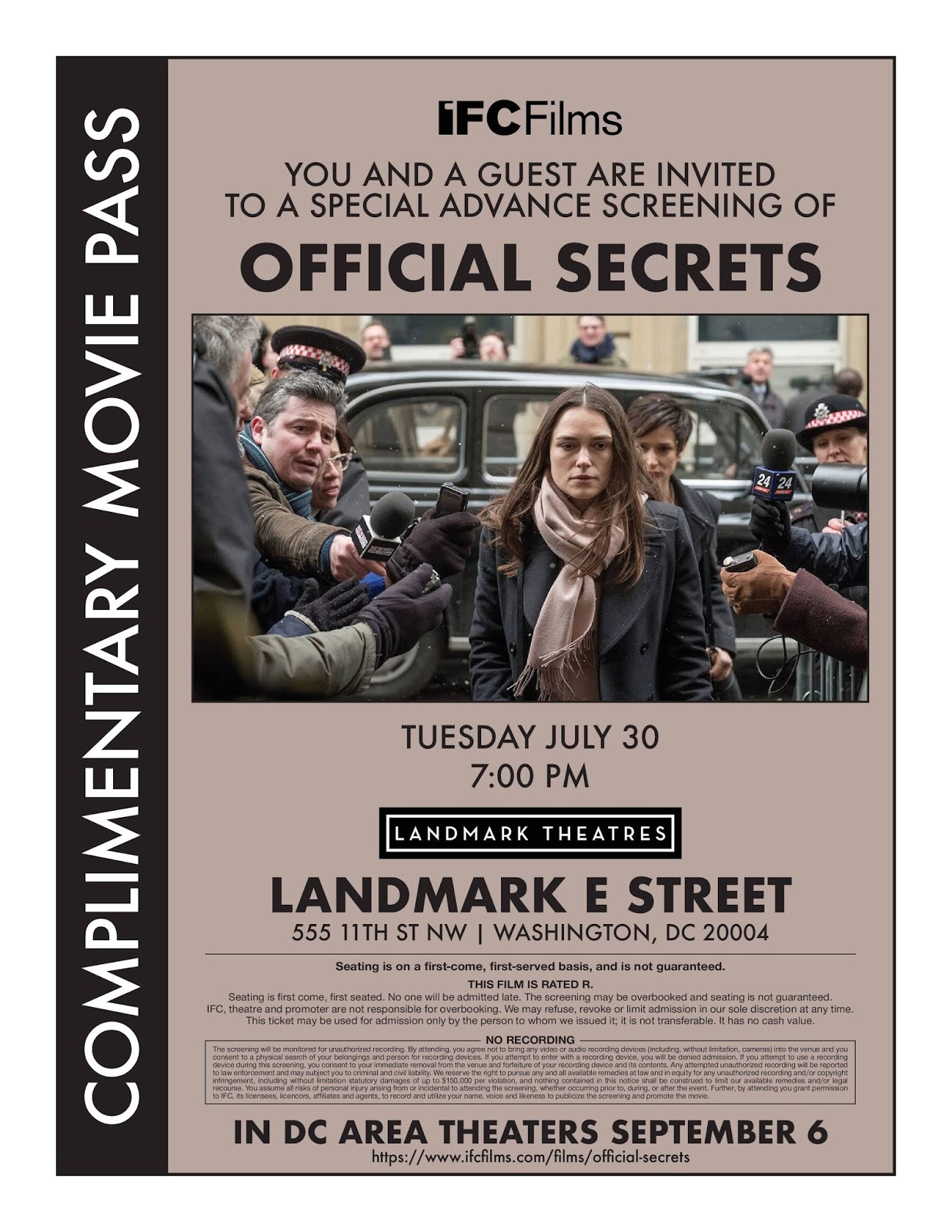