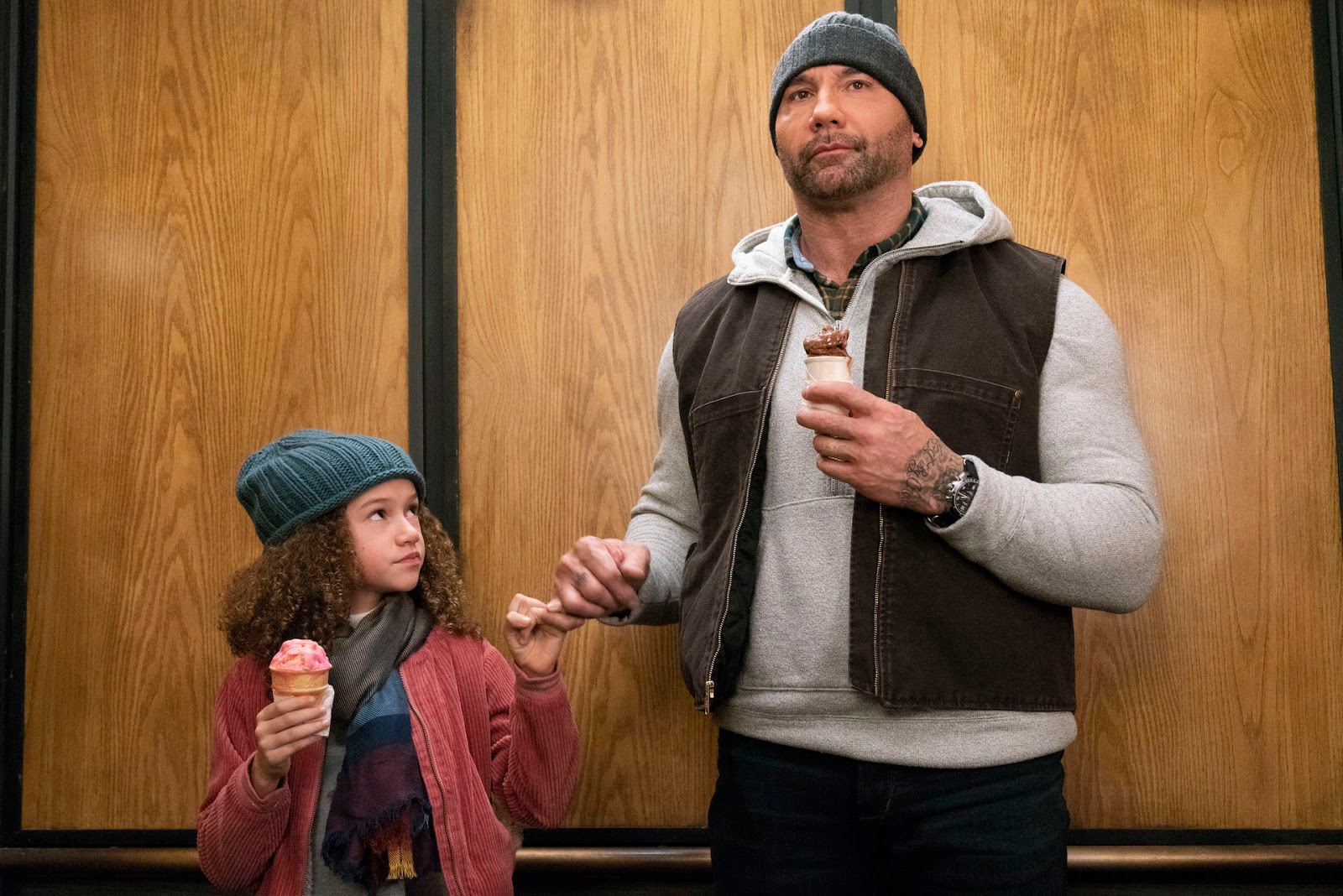 With two action-comedies due to hit theaters within weeks of one another, this weekend’s Stuber followed by the family film My Spy, this was looking to be the year of Dave Bautista. A last second decision by STX to pull My Spy from the schedule has thrown a wrench in the gears.

According to Deadline, My Spy has been yanked from its August 23rd release date for one that has yet to be specified. Early 2020 is the expectation, however, which would give the film some distance from Stuber. Deadline says this would give Bautista time to do press for both movies, but why the Hell would STX care if he goes out on the trail for a Fox movie? They wouldn’t, which to me suggests the reason is something else.

My Spy stars Bautista as a rough ‘n tumble CIA agent who softens up when he’s forced to look after a 9-year-old girl. It’s an easygoing, likable movie that would probably do for him what Tooth Fairy did for Dwayne Johnson, or at least that’s the plan. Stuber, on the other hand, presents a violent (with a heart of gold, naturally) and angry side of Bautista, in which he plays an LAPD cop who join with a pacifist Uber driver to track down a murderer. Both movies are comedies, albeit very different ones, and it’s likely STX doesn’t feel audiences would plunk down money to see both.

That last point is what I think makes the most sense. STX has been struggling this year, following on the box office success of The Upside. A string of failures (The Best of Enemies, Poms, and UglyDolls for example) have really hurt the studio and they are in need of a hit. It might be to their benefit to have My Spy open at a more advantageous time of year.

Bautista can be seen right now in Escape Plan 3, and has a role in Denis Villeneuve’s Dune coming up. He also has Zack Snyder’s Netflix film Army of the Dead.