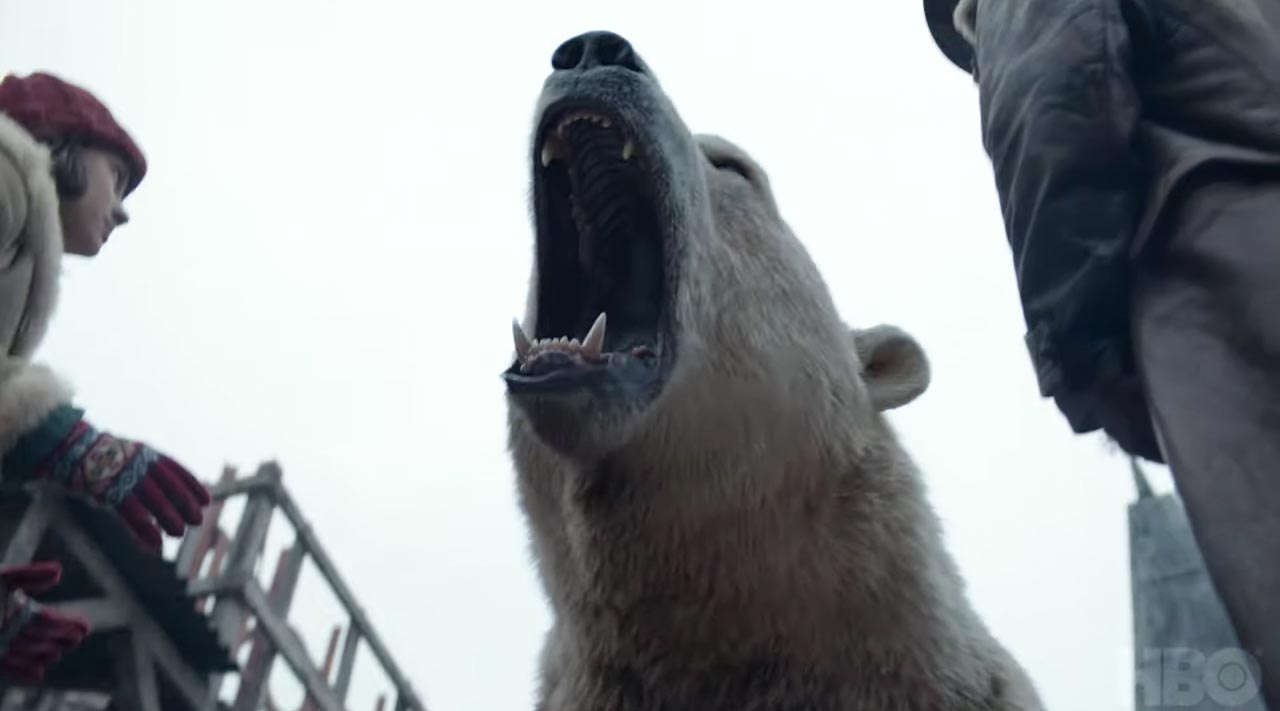 HBO isn’t showing off much at Comic-Con this year, but one thing they’re pushing pretty hard is His Dark Materials, their epic fantasy series based on the popular books by Philip Pullman, which have been described as the atheist take on The Chronicles of Narnia. Stars Dafne Keen (Logan), James McAvoy, Ruth Wilson, and Lin-Manuel Miranda were there to talk about the show, which HBO has committed to doing for two seasons minimum.

The series centers on Lyra Belacqua, a young girl who learns of a mysterious but powerful particle known as Dust that connects all things. Lyra finds herself drawn into a battle of good vs. evil, equipped with a magic compass powered by Dust. The trailer introduces us to some of the colorful characters that populate this world, including the great armored polar bear Iorek Byrnison, who was featured prominently in the promos for 200’s The Golden Compass, the failed big-screen attempt to launch this into a franchise.

Lin-Manuel Miranda’s ‘In The Heights’ Moves To Summer 2021