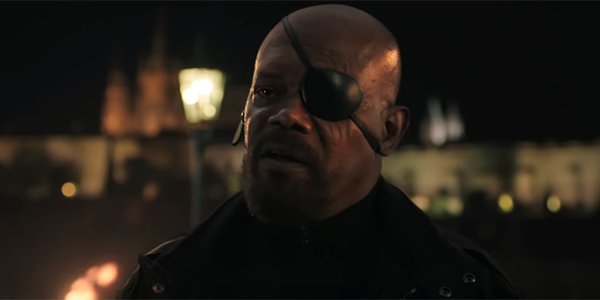 If you’ve seen Spider-Man: Far from Home, then you know it leaves Nick Fury in an interesting place. That leaves some pretty big questions as to when and where he’ll appear next, but according to Samuel L. Jackson, don’t expect to see him in the upcoming Black Widow movie.

“It’s Natasha who was always been my favorite because I recruited her,” he said while doing press for the Spidey sequel. “So far, I’m not in her origin story movie [Laughs]. She’s the person I was closest to in that group.”


It’s unclear how deep into Widow’s backstory her film will go. We’ve heard that it may partially be set just after Captain America: Civil War, while some set photos have indicated it goes back even further. Whether we see her first encounters with Nick Fury or her pal Hawkeye is unknown, but Marvel has a tendency to ask actors back really late into production to maintain secrecy. Perhaps Jackson is pulling our leg, or perhaps Marvel hasn’t contacted him yet.

Black Widow is filming now but doesn’t have a release date. I’m expecting to learn more during Marvel’s panel at Comic-Con in a couple weeks.