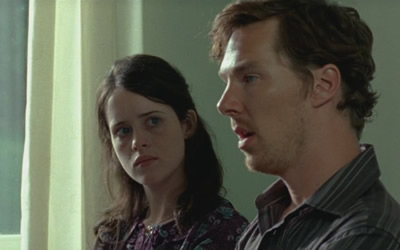 Another period biopic about artists and their big-eyed subject matter? That didn’t work out so well for 2014’s Big Eyes, but maybe Benedict Cumberbatch and Claire Foy can do better with Louis Wain.

Deadline reports Cumberbatch and Foy will star in Louis Wain, a biopic on the titular English artist, known for his drawings of large-eyed anthropomorphized cats and kittens. While that’s interesting, it’s Wain’s personal life that will be the focus. Wain married a woman ten years his senior and she quickly grew ill with breast cancer. It was during her illness that she was comforted by a stray cat they adopted, giving Wain the inspiration that would drive his successful career.

The film will be directed and co-written by Will Sharpe. Also joining the cast are Andrea Riseborough (Mandy) and Toby Jones (Captain America: The First Avenger). Shooting on Louis Wain begins next month.

Cumberbatch was recently confirmed to return to the MCU for Doctor Strange in the Multiverse of Madness, and has Sam Mendes’ war film 1917 coming up. Foy was last seen as Lisbeth Salander in The Girl in the Spider’s Web. The two previously starred together in the 2011 drama, Wreckers.