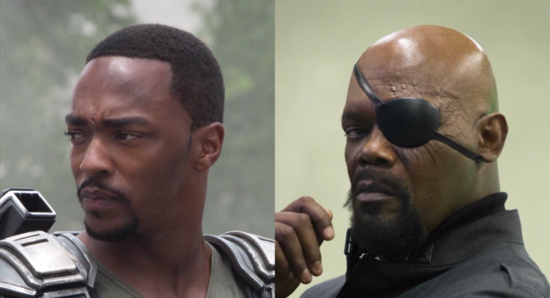 Apple may be getting into the awards season mix, adding the Jim Crow-era film The Banker to its growing slate of projects for Apple+ streaming.  The historical flick is led by Samuel L. Jackson and Anthony Mackie, joined by Nicholas Hoult and Nia Long.

Behind the camera is George Nolfi, the director who gave us 2011’s The Adjustment Bureau. He’s doing something very different with The Banker, which follows two African-American entrepreneurs looking to overcome the racial barriers they face in the 1950s. Here’s the synopsis:

Bernard Garrett (Mackie) and Joe Morris (Jackson) recruit working-class white man Matt Steiner (Hoult) to pose as the head of their business empire while the two moguls act as a janitor and chauffeur. After making it big in California real estate, the men secretly purchase two banks in Texas in an aim to provide loans to the black community there. But with success comes the unforeseen risk of exposure and the threat of losing everything.


It’s a reunion of Marvel vets Jackson and Mackie, which should give the film some wider appeal as historical dramas are still a pretty tough sell. Apple hasn’t come right out and given the film a late-season date yet, but a project like this is designed for a theatrical release and an awards campaign, similar to what Netflix did with Roma last year.