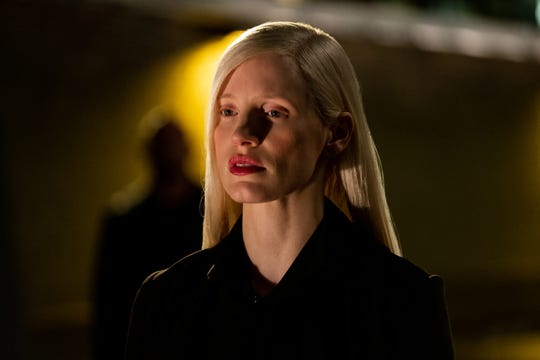 The problems faced by Dark Phoenix were pretty extensive, leading to a number of reshoots and delays. As we recently learned, much (but not all) of it was creative in nature with changes made to fix low test audience scores. One of those big changes apparently had to do with Jessica Chastain’s mysterious alien character, Vuk, from something audiences would’ve found a lot more familiar and may have helped its poor reception.

Tye Sheridan, who played Cyclops in Dark Phoenix and X-Men: Apocalypse, appeared on a recent podcast (via GeekyTyrant) and confirmed Chastain’s character was originally written as one of the shapeshifting Skrulls, and not a member of the obscure race of aliens known as the D’Bari as depicted in the movie…

“It’s really hard for me to remember what the ending of this movie is. [laughs] Originally, it was scripted that Charles and Scott go to the U.N. because — man, I’m totally going to mess this up — they go to the U.N. because they’re going to try to tell the President that, ‘Hey, we’re under attack by aliens, and they’ve now captured Jean Grey.’ Or, you know, whatever it is that we’re going to tell him.


So Sheridan clearly does not give two fucks about Dark Phoenix at this point, and who knows if he got all of that shit right. But it’s doubtful he forgot something as big as the Skrulls being part of it.

The Skrulls played a major part in Marvel Studios’ Captain Marvel film, which may be why Fox decided to make the change, but since the rights were shared at the time it was totally unnecessary. If played the right way Fox totally could’ve tried to make a connection between Dark Phoenix and Captain Marvel, at least in the mind of casual viewers. Clearly doing things the way they did was the wrong move from a box office perspective.