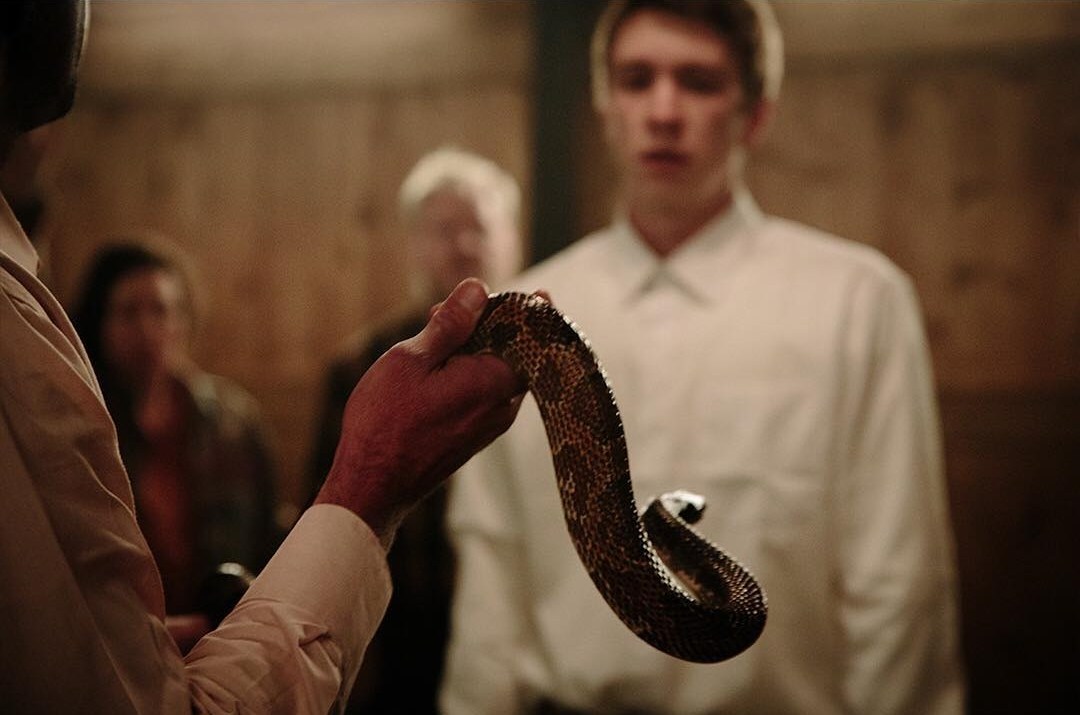 I don’t remember Them That Follow at this year’s Sundance. That’s not a remark on the film’s quality or anything, because there’s so much going on that a lot of great stuff slips between the cracks. And with a cast that includes Oscar winner Oliva Colman, Alice Englert, Walton Goggins, Kaitlyn Dever,  Jim Gaffigan, Thomas Mann, and Lewis Pullman, the chances are this is one we’re going to want to catch up with.

Directed by Britt Poulton and Dan Madison Savage with Gerard Butler producing (!?!?), this cultish drama takes place in an Appalachia religious community of snake-handlers, where a pastor’s daughter carries a dangerous secret that challenges everything she believed.  Here’s the synopsis:

Deep in Appalachia, Pastor Lemuel Childs (Walton Goggins) presides over an isolated community of serpent handlers, an obscure sect of Pentecostals who willingly take up venomous snakes to prove themselves before God. As his devoted daughter, Mara (Alice Englert) prepares for her wedding day, under the watchful eye of Hope Slaughter (Academy Award Winner Olivia Colman), a dangerous secret is unearthed and she is forced to confront the deadly tradition of her father’s church. Also starring Kaitlyn Dever, Jim Gaffigan, Thomas Mann, and Lewis Pullman.


Them That Follow gets a limited release on August 2nd.