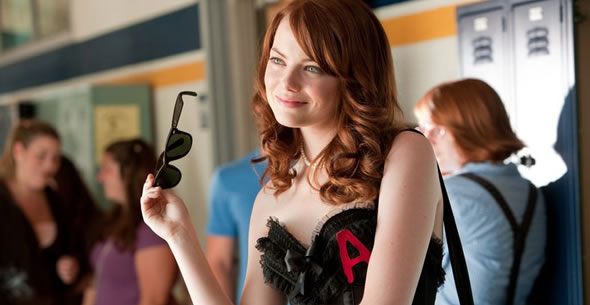 Emma Stone had starred in and made her mark in a handful of big films prior to 2010’s Easy A, but that was the movie which proved she could be a superstar. The little high school comedy made $75M on a tiny budget, mostly through word of mouth, and the one thing that’s surprising is that nobody has made a sequel or spinoff. Until now, that is.

Bert Royal, the original writer on Easy A, is developing a spinoff/sequel that he will direct will take place years after the prior movie. The story will take place at the same high school in which Stone’s bookish character Olive Penderghast fooled everyone into thinking she was the school sex kitten. Unfortunately, it’s not expected that Stone will return to the role although that would be something to see.

This is still very early on and who knows when or if it’ll happen, but next year marks Easy A‘s tenth anniversary and that seems like an obvious target date. [Variety]