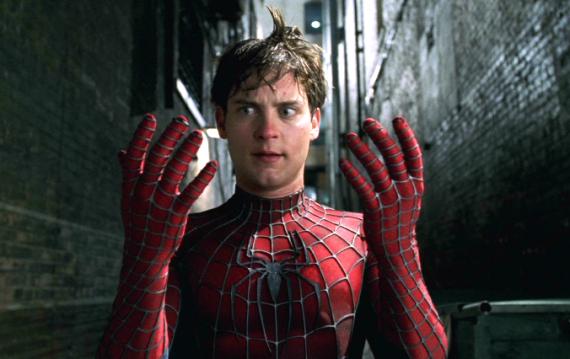 I think it’s easy to forget the impact Sam Raimi’s Spider-Man trilogy had in catapulting the modern era of superhero movies. Say what you will about Tobey Maguire as Peter Parker (personally, I thought he was fantastic), those films began in 2002 and averaged $800M worldwide. In 2007 after the lackluster response to Spider-Man 3, yet had the highest box office of all with $890M, Raimi wanted to take his time developing Spider-Man 4. However, Sony was eager to keep the cash cow rolling, and decided on a reboot with director Marc Webb and Andrew Garfield. We know how that went.

Raimi’s plans for Spider-Man 4 were well-known, including John Malkovich as the Vulture, and while we’ll never get to see them on the big screen, a rumor surfaced that Marvel Comics may be looking to adapt the story as a comic book. Where did this come from? From this image posted by Marvel editor-in-chief C.B. Cebulski…

No one is going to see this one coming… #marvelcomics https://t.co/1EZnzMN8il

Ok. So clearly it’s a Spidey thing and maybe a Fantastic Four thing? The instant thought was a Spidey/FF crossover, but that’s too easy and doesn’t really fit with Cebulski’s boisterous caption. That led folks down a different path, an Alex Jones-level theory that said it could be an adaptation of Raimi’s Spider-Man 4. Personally, I think this was fueled by genuine desire to see Raimi’s story continue, but there was no proof of it whatsoever.

And yet, the rumor spread like wildfire…until it became clear the image was just the first of an apparent countdown.

Then, to really hammer the point home, Cebulski chimed in said that nobody has figured out what the project actually is…

Wait, so it’s not a Spider-Man/FF crossover?!? You mean, it’s not a comic adaptation of Spider-Man 4?!? I told you, you will not see this one coming! #MarvelComics https://t.co/6DAoq1Vx1U

There you have it. No Spider-Man 4, folks. Too bad. I would’ve liked to have seen it, and I think the response may encourage Marvel to reach out to Raimi about it. There’s a good chance Raimi has detailed notes, possibly even a screenplay draft, that could be turned into a full story.

Whatever this Spidey project is Marvel Comics will reveal more in three days, and I’m guessing it will have a major presence at Comic-Con.