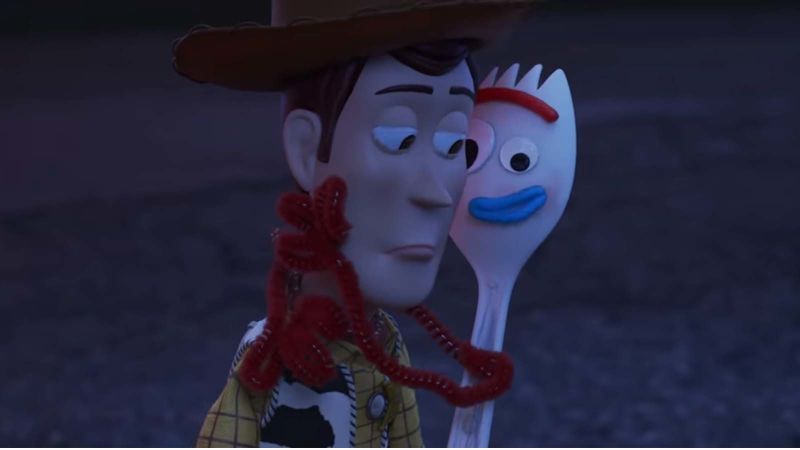 If Pixar is going to give us a Toy Story 4, years after the franchise appeared to have concluded with the masterful Toy Story 3, they’re going to do it by giving us a reason for another movie. So far the many teasers have been all about introducing the new characters that will make this experience a little bit different. The previous teaser focused its attentions on stuntman Duke Caboom (voiced by Keanu Reeves), and we se him in action again here as the gang goes in search of another new addition: Forky.

The misshapen spork named Forky (voiced by Tony Hale) is Bonnie’s new favorite toy, and when he’s accidentally lost during a road trip gone awry, it’s up to Woody, Buzz, and the gang to find him. There’s actually a poignant introduction to Forky here as he asks “Why am I alive?”, an existential question that can only be answered with, “So there can be a Toy Story 4, silly.”
Directed by Josh Cooley and featuring the voices of Tom Hanks, Tim Allen, Annie Potts, Keegan-Michael Key, Jordan Peele, and Christina Hendricks, Toy Story 4 opens June 21st.

‘Luca’: Pixar’s Next Film Is A Summertime Coming-Of-Age Story In The Italian Riviera