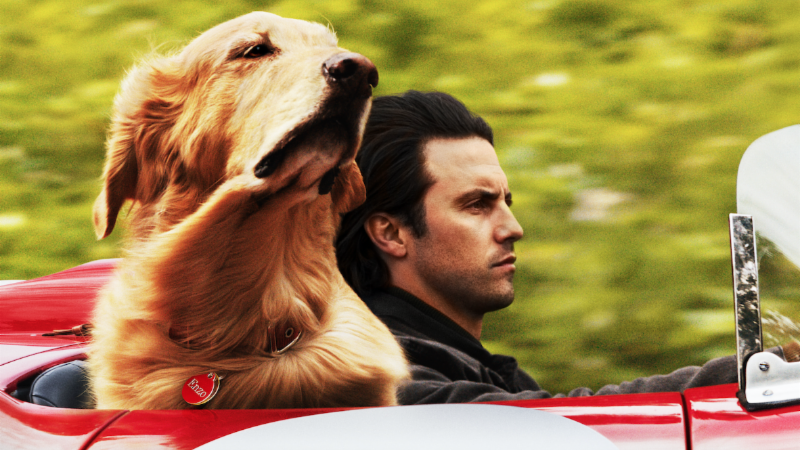 The Art of Racing in the Rain. Not the title you’d associate with a movie about a racecar-loving dog voiced by Kevin Costner. But that’s what you’re getting, and considering it comes from the folks who brought you Marley & Me, this story of man’s best friend is likely to reduce you to tears.

While Costner is probably the draw here, the film also stars Milo Ventimiglia and Amanda Seyfried. The story centers on a pup named Enzo who is adopted by a lonely racecar driver and quickly grows to love living in the fast lane. Things change when his owner meets a woman, falls in love, and they start a family. Years pass, everyone gets older, and I’m guessing what normally happens to dogs in these sad movies will happen to this one. Just be prepared to weep like a child with a skinned knee.

Surprisingly, the film is adapted by Mark Bomback, best known for his work on Rise of the Planet of the Apes and The Wolverine, and directed by My Week with Marilyn‘s Simon Curtis. A lot of talent here that may explain why this actually looks quite a bit better than your typical canine movie.

The Art of Racing in the Rain opens August 9th.