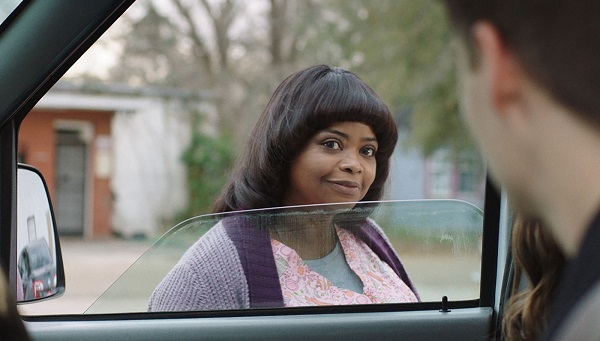 It doesn’t take much to be sold on the idea of Ma.  Blumhouse movie…check.  Dumb teenagers literally going to the monster’s house…check.  A crazy person with loneliness issues that can turn homicidal in a second… check.  On the surface, this seems just like any B-movie grindhouse horror from years ago.  But Ma actually surprises and proves to be a big deal of fun.

Borrowing heavily from Single White Female, The Hand That Rocks the Cradle, and even A Nightmare on Elm Street in an interesting way, Ma takes us to small-town America where Maggie (Diana Silvers) is moving from the West Coast with her mother (Juliette Lewis) back to her mother’s hometown after a divorce.  New to town, Maggie doesn’t have any friends besides her mother, but that quickly changes when she makes some new friends Haley, Andy, Chaz, and  Darrell (McKaley Miller, Corey Fogelmanis, Gianni Paolo, and Dante Brown) who pretty much just want to hang out, drink, and do drugs.  After trying to get an of age person to help them buy liquor (and failing), they run into Sue Ann (Octavia Spencer), on a break from her job as an assistant veterinarian.  Sue Ann at first, refuses them, but then she decides to play ball and help the kids score some booze.  All seems well, right? 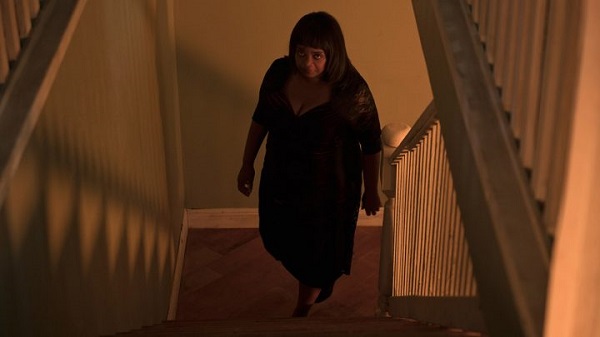 Turns out Sue Ann has a Facebook stalking problem, to the point where her boss (Allison Janney also having a bit of fun) has to constantly remind her to get back to work.  Showing why you should always make your profile private, Sue Ann quickly tracks the kids down and gives them a fun offer: come by her house in the middle of nowhere, where they can party in her basement worry-free.  Sue Ann, nicknamed “Ma” has only two rules, no taking the Lord’s name in vain, and never go upstairs to her main house.  Seems fun, right?

Like kids do, they share with friends about all the fun stuff happening at Ma’s, and her home becomes party central for the high school.  Slowly but surely, Ma’s attachment to the core group of kids is turning creepy, especially after a few of them venture upstairs to learn more of her.  This allows us to see a little in Ma’s dark and twisted psyche.  She’s not so much a monster in the sense of being born bad via a Jason, but instead made one through a very unfortunate thing that happened to her in her past a la Francis Dolarhyde.  Even when the kids try and break free from Ma, Ma’s just not ready to let them go.

The story written by director Tate Taylor and Scotty Landes, is somewhat simplistic and you can easily see where everything’s going halfway through the movie leading up to the big reveal.  However, Octavia Spencer elevates the film from just being a standard VOD quality plot to something enticing and compelling through her sheer presence and ability to flip from regular to motherly, to scorned and in pain, to psychotic, to straight up murderous seamlessly with almost no effort.  While the kids in the film go through the motions of a teen horror movie, it’s the adults who play a big role as well as Luke Evans, Missi Pyle, and Juliette Lewis are connected both to the young kids as well as to Ma which helps explain how she is the way she is.  Part of the problem with the film is not deciding if Ma is crazy because of her past, or the rejection of her new teenage friends.  It could probably be both, but the film keeps going back and forth between it being Ma’s past trauma or her present loneliness.

While having black woman lead of color can somewhat remind of 2017’s Blumhouse hit Get Out, race doesn’t really factor in this film except in very minor ways.  It’s almost as though the role of Sue Anne was colorblind and Spencer got it because everyone knew she was perfect for this role.  The real horror is high school and the lasting damage it can have on you.  Either way, Octavia shines as she carries out every emotion available in her surplus of skills.  Director Tate Taylor (who worked with Spencer on The Help ) continues to delve deeper in the thriller territory after The Girl on the Train with Ma shows he can play in this territory, and not just cheap jump scares (although there are a few).  Thanks to some good performances (and one exceptional), Ma is one fun thrill ride that rises above its script and gives you your fill.