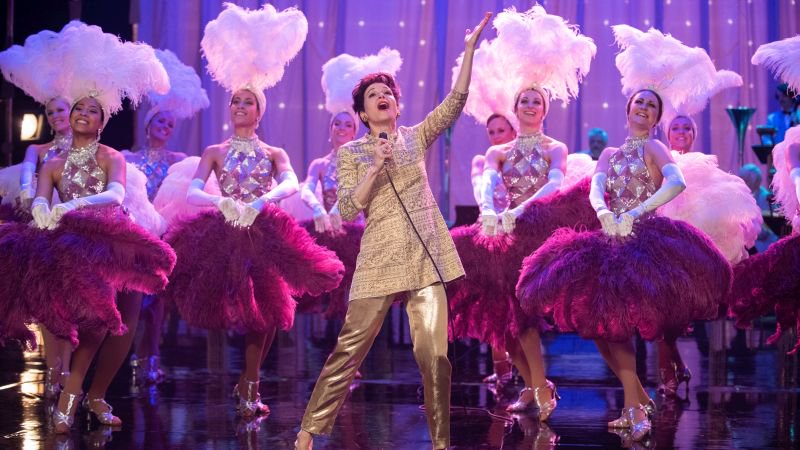 Has Renee Zellweger found her next Oscar-nominated role? If anything would do it, playing the great Judy Garland would be it. Zellweger stars as the Hollywood legend in Judy, a new biopic from True Story director Rupert Goold.

Beginning life with a little bit of controversy, Judy was disavowed by Garland’s daughter Liza Minnelli. It didn’t stop the production from moving forward, obviously, and Zellwegger looks to have thrown herself into the role, as we see her doing a spot-on portrayal of Garland’s oft-quivering singing voice. An untraditional biopic, the film takes place during the last year of Garland’s life as she prepares for a series of concerts at London’s Talk of the Town nightclub. Garland would die of an accidental overdose at the age of 47.

Winter 1968 and showbiz legend Judy Garland arrives in Swinging London to perform a five-week sold-out run at The Talk of the Town. It is 30 years since she shot to global stardom in The Wizard of Oz, but if her voice has weakened, its dramatic intensity has only grown. As she prepares for the show, battles with management, charms musicians and reminisces with friends and adoring fans, her wit and warmth shine through. Even her dreams of love seem undimmed as she embarks on a whirlwind romance with Mickey Deans, her soon-to-be fifth husband. Featuring some of her best-known songs, the film celebrates the voice, the capacity for love, and the sheer pizzazz of “the world’s greatest entertainer.”