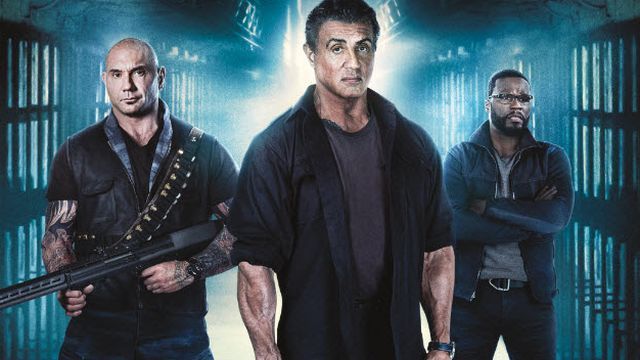 Sylvester Stallone has managed to keep many of his greatest movie franchises alive, such as Rocky and Rambo, largely through the strength of his own celebrity and some smart choices behind the camera. There’s one other franchise he’s been nursing for years now, however, that’s still kicking rather inexplicably, and that’s Escape Plan. Believe it or not, the forgettable 2013 prison thriller that starred Sly and Arnold Schwarzenegger is now on its second sequel with Escape Plan: The Extractors.

And this time…it’s personal.
Seriously, that cliched line is actually in the new trailer which gives you an idea the strength of the writing. Once again pairing Sly with Dave Bautista and 50 Cent, Escape Plan 3 finds security expert Ray Breslin out for revenge against the guy who trapped him in the high-tech prison from the previous film. Only now he’s also crossed paths with another prison breaker who is searching for the missing daughter of a Chinese billionaire.
The first Escape Plan movie did manage to make $130M worldwide, mostly overseas, which explains why Chinese investors swooped in to keep the franchise alive. The sequel was released straight-to-DVD here, but did well enough in Russia and China to warrant this one. So it’s no surprise the cast has gone even more international with the additions of Max Zhang (Master Z: The Ip Man Legacy) and Harry Shum Jr. (Crazy Rich Asians).  Jamie King, Malese Jow, and Devon Sawa co-star with veteran filmmaker ohn Herzfield (15 Minutes) behind the camera.
Escape Plan: The Extractors will be released straight-to-DVD on July 2nd.

Dave Bautista’s ‘My Spy’ Pushed Back Again, This Time To April