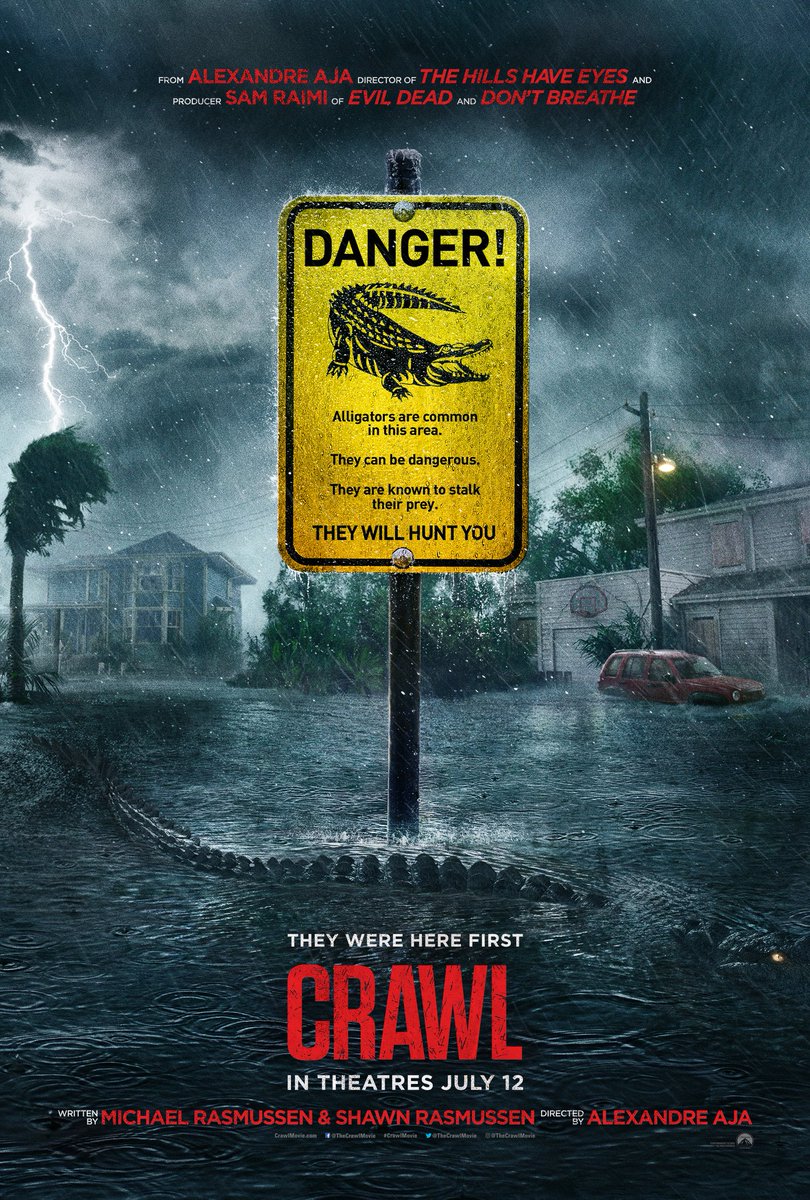 There’s been a substantial investment in horror over the last year for Paramount as their strategy begins to look very similar to the one adopted by Blumhouse. That said, not all of these films have been hugely successful, but when the one that hits is as massive as A Quiet Place it’s perfectly okay. Now they’re turning to one of the genre’s most unique voices, Alexandre Aja, for the natural disaster horror Crawl which looks like it could carve out a special niche when it opens this summer.

Crawl stars The Maze Runner‘s Kaya Scodelario as a Florida woman who stays behind during a Category-5 hurricane in order to search for her missing father, played by Barry Pepper. When she finds him in their family home’s crawlspace, they are threatened by both rising floodwaters and the state’s natural predators. Kinda looks like Jaws with gators, which I’m totally cool with.
Not only is this a timely film but visually it looks like nothing else out there on the horror market. Aja has done some good-to-great work in the past, including High Tension, The Hills Have Eyes, Horns, and Piranha 3D. His most recent film, The 9th Life of Louis Drax, was an interesting failure, though. Here he’s got some help from Sam Raimi who is on board as a producer. Can’t complain about that.
I can see this filling the summer void filled recently by films such as The Shallows and 47 Meters Down, which did very well. Crawl hits theaters on July 12th.