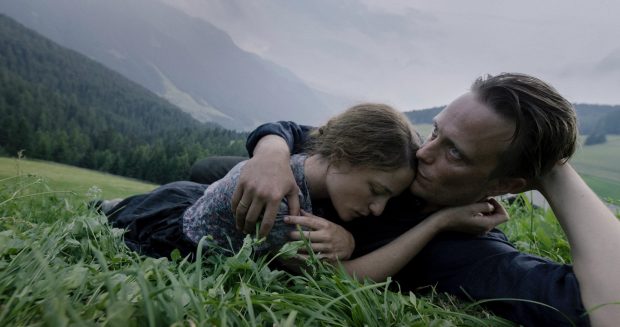 Your friend who thinks Terrence Malick’s To the Wonder and Song to Song are unappreciated masterpieces has probably been filling your inbox with rave reviews from Cannes for the director’s latest. The buzz is building for A Hidden Life, which recently premiered at the festival and has many calling it a return to form.

You can begin to judge for yourself with this new minute-long clip, which aesthetically very much resembles the graceful, naturalistic approach favored by Malick. The film follows conscientious objector Franz Jägerstätter (August Diehl), an Austrian man who refused to take the Hitler Oath and fight for the Nazis, leading to his execution at the age of 36. This clip finds cinematographer Jörg Widmer’s sweeping camera capturing an embrace between Franz and his wife.

I’ve been very critical of Malick’s recent efforts which floundered in their search for nature and beauty in our materialistic modern society. But a return to the simplicity of the past may be exactly what’s called for, and I have to admit to being kinda excited to see this.

A Hidden Life will hopefully open later this year.