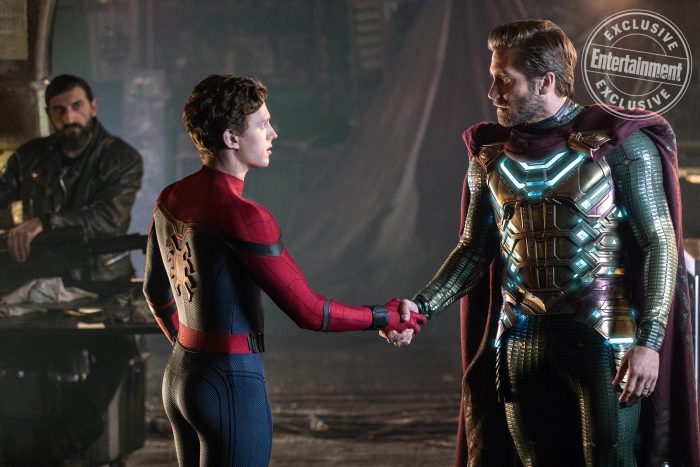 The status of Tom Holland’s Spider-Man is still up in the air following the tragic events of Avengers: Infinity War. Admit it, you teared up as Peter Parker put on an awards-worthy exit from this mortal coil. Whether he appears to the land of the living in Endgame is anybody’s guess, but with Spider-Man: Far From Home arriving this summer it’s probably a good bet. Or maybe something else is going on?

Anyway, EW has dropped a new look at Far From Home which shows Spidey shaking hands with Mysterio, played by Jake Gyllenhaal. Under normal circumstances, we’d consider Mysterio a villain, but it looks as if this version will be different. That’s assuming he can be trusted, of course. I mean, Mysterio is a master of illusion, after all! In an interview, director Jon Watts refers to Mysterio as the “cool uncle”. Given Peter Parker’s track record with uncles maybe that’s not something he wants to be.