Netflix has gone and made its live-action Cowboy Bebop series must-see viewing.  Today the streaming network announced the initial casting on the 10-episode series, headlined by the awesome John Cho as smooth-as-silk bounty hunter Spike Spiegel.  Okay, I’m in. Sold. 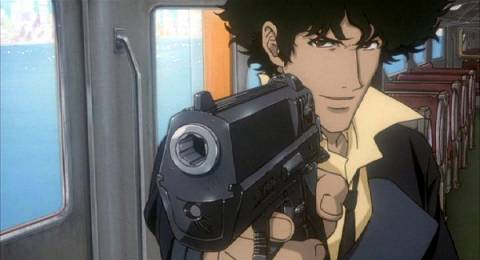 For those who’ve never seen Cowboy Bebop, it’s a space-Western with influence that can be seen on numerous projects including Joss Whedon’s Firefly. The series follows “the jazz-inspired, genre-bending story of a rag-tag crew of bounty hunters on the run from their pasts, as they hunt down the solar system’s most dangerous criminals”  Cho is probably best known for his role as Sulu in J.J. Abrams’ Star Trek flicks. He may have started out as the geekier half of the Harold & Kumar stoner duo, but he’s really come into his own with cool, dramatic performances in Columbus, Searching, and more. [THR]

Review: ‘The Grudge’, Horror Reboot Is As Bland And Unimaginative As Its Title