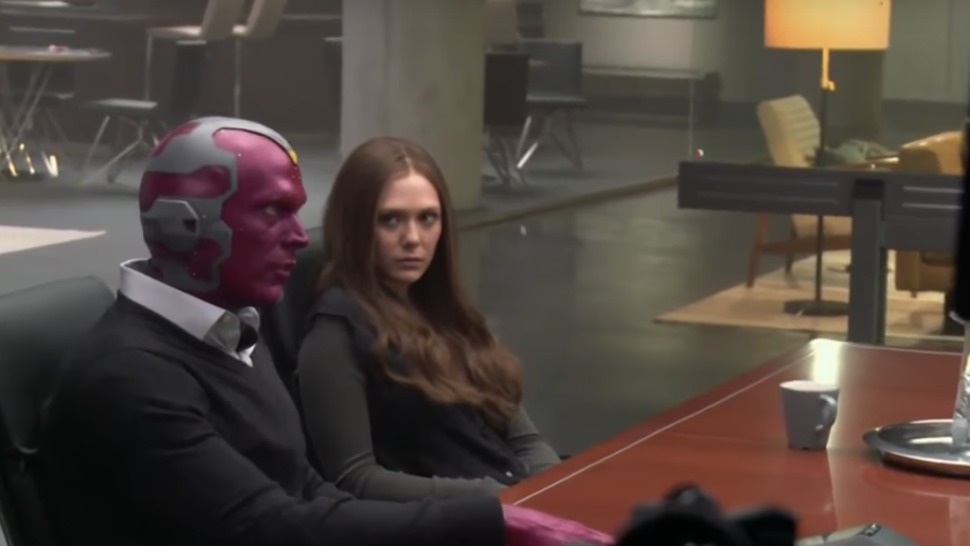 Until everyone knows the fate of Elizabeth Olsen’s Scarlet Witch and Paul Bettany’s Vision after Avengers: Endgame, it would be silly for Marvel to reveal much about Disney+ series WandaVision. All we know is that it will focus on the unexpected love affair between the chaotic Wanda and the gentle android, which we haven’t had a lot of time to see on the big screen. But Olsen did spill one detail that is about as unexpected as one of Wanda’s hex bolts.

Speaking with Variety at the Endgame red carpet premiere, Olsen says WandaVision will pull from a number of different comic book sources, but it’s the series’ setting that comes out of left field…

“It’s going to be Wanda and the Vision, and I think at the Disney+ launch chat they showed a photo of us in the 1950s’ and I think that’s a good teaser. It’s gonna be really fun, I’m really excited.”


So that’s probably not what fans were expecting, but there may be some rationale to it. In Tom King’s Eisner award-winning comic The Vision, the synthezoid makes a desperate gamble for humanity by building his own robotic family and moves into a DC suburb reminiscent of those in the ’50s. Of course, things go spectacularly wrong as Vision goes to extreme lengths to protect his family. If this is indeed the plan, Marvel is aiming extremely high as The Vision is one of the most decorated comics in recent memory.

I’ll be curious to see if they pull from any of Scarlet Witch’s key stories, as well. With the recent Fox deal they could theoretically adapt anything, including her mutant-centric stories, and not have to change much.  She could easily use her reality-warping hex powers to fashion a new life for her and Vision, one away from threats such as Thanos.