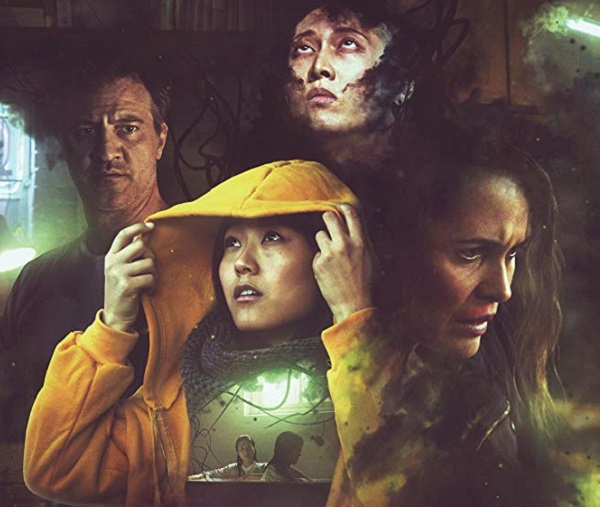 As we are now used to big budget blockbuster superhero films focused on people with extraordinary powers saving the world two times over barely breaking a sweat, it’s rather refreshing to see a more low-key movie in the world of the unknown that works more like an episode of ‘Law and Order,’ it just happens to have victims turning into mummified dust.

After a brief and weird bathroom intro, Stray kicks off with a murder of a middle-aged Asian woman.  Unlike your usual murders, she’s left a charred corpse and still standing.  Upon further examination, the corpse isn’t burned, just has seemingly ages 1000 years.  Detective Murphy (Christine Woods), who has her own problems to deal with (what cop doesn’t nowadays?), is on the case.  While the woman’s elderly mother isn’t too cooperative, Murphy manages to befriend her teenage daughter Nori (Karen Fukuhara of Suicide Squad fame, now able to show her full face in a movie), who is not only distraught of her mother’s death, but also blossoming powers she didn’t know she had. 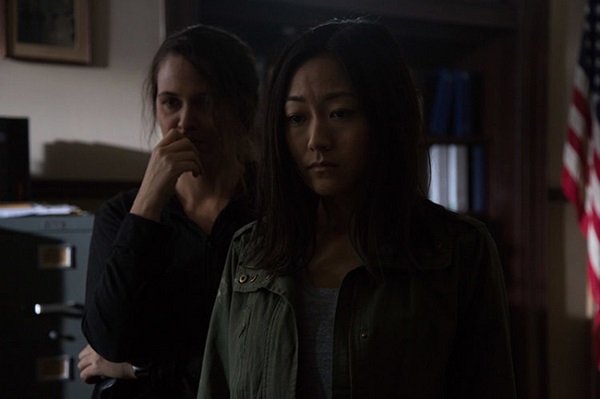 As the film progresses, we learn a little bit of both women through their discovery of Nori’s newfound powers.  While they are trying to understand what’s going on, an assailant is still causing problems for the case.  Nori learns that her family has a history of this power, which causes both of them to learn a little bit of this power and her family history.  For a while, you’ll wonder why is this film called “Stray?”  But it when it’s revealed, it makes a little more sense.

While Stray is an interesting concept, especially the genre mixing of a police procedural combined with superpowers, it’s just doesn’t land the way that it’s supposed to.  This is partly because of the films special effects not being the top not wizardry we are now used to.  The film also rushes through its plot points quickly as well.  Karen Fukuhara does a great job as Nori, who surprisingly seems younger and more naive than she was in Suicide Squad as she learns about her family history, powers, warts, and all.  While the film is almost exclusively an Asian cast, including Japanese pop star Miyavi as assailant Jin, the film doesn’t successfully land the “West meets East” troupe.  At first, the film actually feels like it’s made overseas, but the introduction of the American cops, especially Murphy forces the story to now focus on them and their stories and not just the Asian characters, who the film should be about. 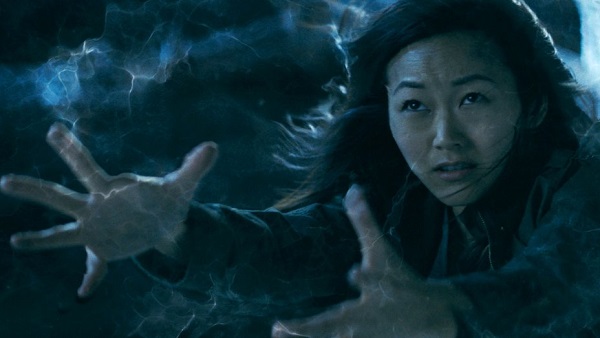 Despite its flaw, Stray manages to provide some great entertainment as it’s a great genre mashup and the film also gives a much-need boost of Girl Power as it’s pretty much the women who carry this movie as the men are either the villain or play the background and give them their chance to shine.  Despite the CGI issues, the film’s cinematography works well, giving us a dark and gloomy Los Angeles as a background character as well.  Hopefully, this will help Fukuhara gain more exposure for more Western films, at least, until Suicide Squad 2.