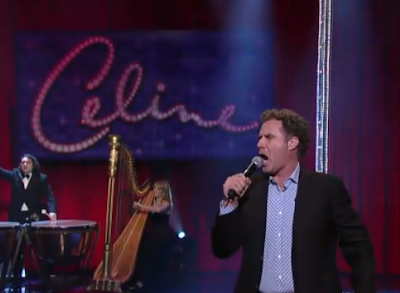 Netflix is coming off their biggest awards season yet with the multiple Oscars earned by Alfonso Cuaron’s Roma, and while they have made at least one high-profile enemy in their march to success, it isn’t stopping them from scoring big names for future projects. Adam Sandler may have the market cornered on the streamer’s major comedy output, it could be overshadowed by the arrival of Will Ferrell, Taraji P. Henson, and Ed Helms who have two comedies on the way.

First up, Ferrell is joining with Wedding Crashers director David Dobkin for Eurovision. This is a project that was actually revealed last year, but it’s the addition of Dobkin that takes it to the next step. The film is based on the international Eurovision Song Contest, a singing competition that has aired around the world since 1956 and featured such hit-makers as Celine Dion and ABBA. Ferrell will star, produce, and co-write the script with Casa de mi Padre‘s Andrew Steele. [Variety]

Next, Taraji P. Henson and Ed Helms will star in Coffee & Kareem, which Helms will also produce. Directed by Michael Dowse (Take Me Home Tonight), the story by Shane McCarthy follows  “a Detroit cop who reluctantly teams with his girlfriend’s 11-year-old son to clear his name and take down the city’s most ruthless criminal.” The Golden Globe-winning Empire star was most recently seen in the comedy What Men Want, and has civil rights drama The Best of Enemies next month. Helms was part of last year’s ensemble comedy, Tag, and was at Sundance as part of the premiering dark comedy Political Animals. [Deadline]