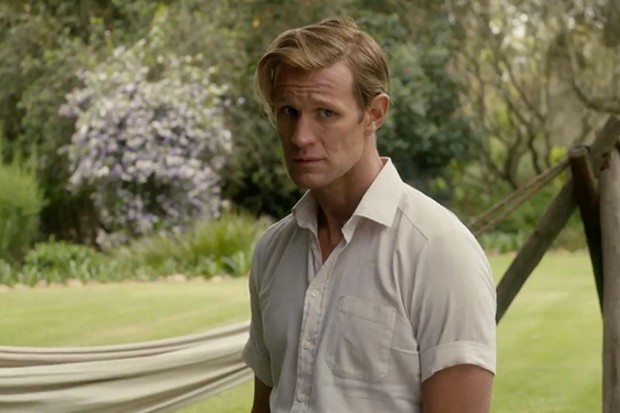 Matt Smith is out doing press for his biopic Mapplethorpe, which he’s excellent in, but the former Doctor Who has much bigger films drawing attention away from that one. Last year he was reported to have joined the cast of Star Wars: Episode 9, which was hardly the first time he’d been rumored to join J.J. Abrams in a galaxy far far away. And it turns out that neither time was accurate, as Smith’s comments to the LA Times make clear.

“As far as I can tell, I’m definitely not,” Smith responded when asked directly if he’d be seen in Episode 9.

Lucasfilm never got around to confirming Smith’s casting, and it’s possible he was reluctant to leap into another big franchise after the disastrous Terminator Genisys. Then again, Smith has become part of another possible blockbuster series of movies, Sony’s Morbius the Living Vampire, and he talked about why he wanted to be a part of that one…

“I really like the director, Daniel Espinosa, on [‘Morbius’]. I’ve kind of waited [comic book movies] out a bit. I nearly did one last year and then I didn’t. This one felt right because of him.”


Smith stars opposite Jared Leto, taking the role of villain Luxias Crown. Playing bad guys has become a regular thing for Smith lately. He’ll play Charles Manson later this year in IFC’s Charlie Says.  Also upcoming for Smith is a role in Official Secrets (my early review here), in which he plays journalist Martin Bright who helped expose the British government’s secret spying program during the run up to the Iraq invasion.