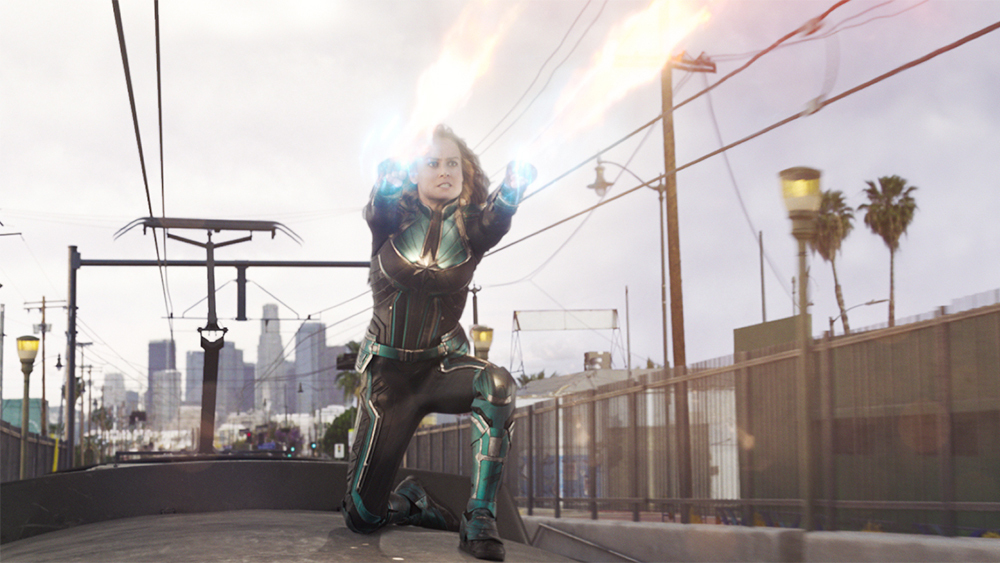 1. Captain Marvel– $69.3M/$266.2M
Captain Marvel soared even higher in its second week, dropping a standard 54% and earning $69M. That gives it $266M domestic and a huge $760M worldwide. The latter number takes it beyond Captain America: The Winter Soldier‘s $714M, and at this point we could see Marvel’s first solo female lead come close to the $1B mark.
2. Wonder Park (review)- $16M
Definitely no amusement in the $16M debut of Paramount’s Wonder Park, a $100M animated film that has had problems right from the beginning. Paramount had big plans, with a TV series and multimedia rollout; who knows if those will continue or not. There are some good ideas here, too, as the story follows a young girl who discovers the amusement park of her dreams actually exists, and must fight to save it. But issues have plagued the movie’s production, beginning with the firing of its director over sexual misconduct allegations. Nobody was hired to replace him and to this day it remains uncredited.
3. Five Feet Apart– $13.1M
While it was probably the Riverdale turning out en masse to support star Cole Sprouse in his biggest Hollywood movie role, I prefer to believe it was folks turning out to see Haley Lu Richardson who has been doing great work for a few years. Five Feet Apart, the latest romance about a pair of sick teens, in this case both are suffering from Cystic Fibrosis, earned $13M which is nearly double its budget. That doesn’t come close to the $48M debut of The Fault In Our Stars, but it was never going to reach those heights. However it’s better than Everything, Everything and its $11M start.
4. How to Train Your Dragon: The Hidden World– $9.3M/$135.6M
5. Tyler Perry’s A Madea Family Funeral– $8M/$59M
6. No Manches Frida 2– $3.8M
7. Captive State– $3.1M
Oof. Rough start for Rupert Wyatt’s rather ambitious sci-fi film, Captive State, which earned a startingly low $3.1M. The film stars a strong collection of actors including Ashton Sanders and John Goodman, centering on the aftermath of an alien invasion in which humanity is completely subjugated. This came with a lot of buzz based on a solid trailer that posed an interesting mystery, but Focus Features is going to take a hit on the $25M film which they clearly had no faith in. They failed to make it available to press, which is always a bad sign, and put little to nothing into marketing it. I actually saw it last night and think Focus missed the boat by not supporting it.
8. The Lego Movie 2: The Second Part– $2.1M/$101.3M
9. Alita: Battle Angel– $1.9M/$81.8M
10. Green Book– $1.2M/$82.6M