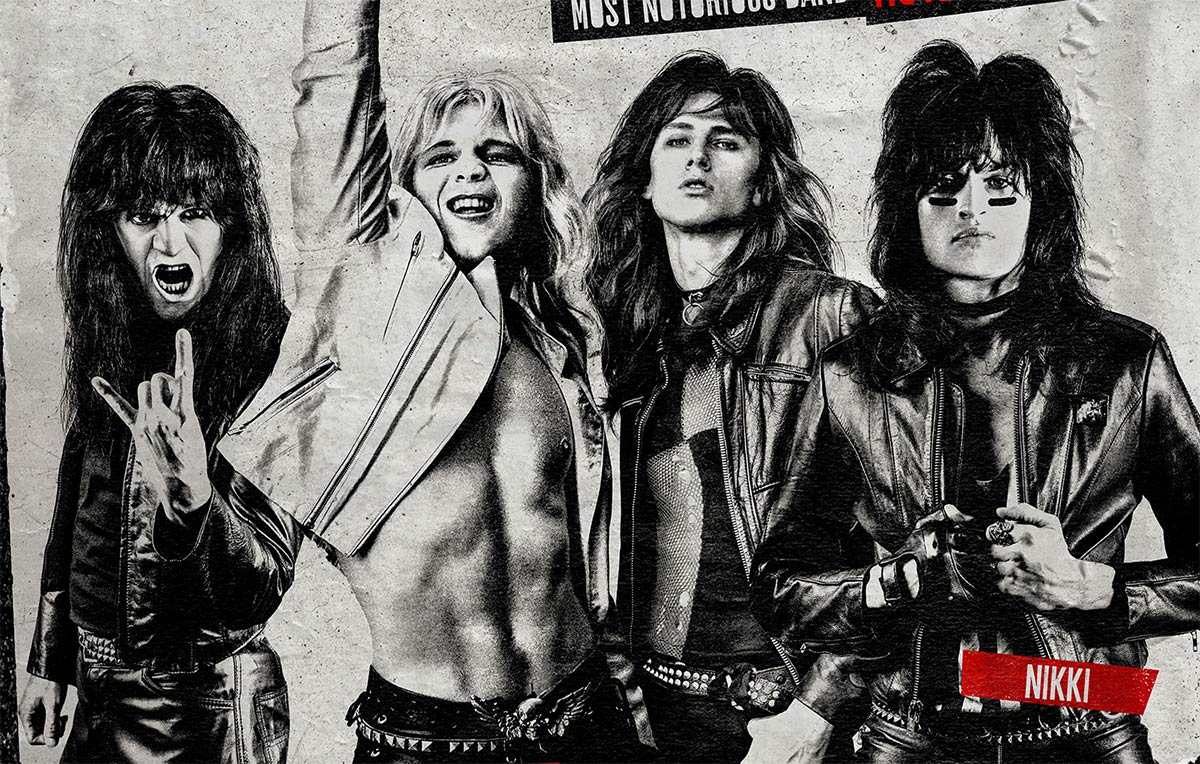 With Bohemian Rhapsody out there making $850M and raking in Oscar nominations, the time is right for musical biopics to step into the forefront. Enter Netflix’s Motley Crue drama, The Dirt, which looks like it will be far less safe of a depiction than the aforementioned Queen film.

Promising an unconventional approach is director Jeff Tremaine, known for directing Bad Grandpa and other films in the Jackass franchise.  The cast is rather out of left field, too: Daniel Webber plays singer Vince Neil, Game of Thrones’ Iwan Rheon plays guitarist Mick Mars, Douglas Booth is Nikki Sixx, and rapper Machine Gun Kelly is drummer Tommy Lee.   Motley Crue and Neil Strauss’ book The Dirt: Confessions of the World’s Most Notorious Rock Band serves as the source material, with a screenplay by Rich Wilkes.

With Motley Crue recording four new tracks for the film I expect audiences will be rockin’ out hard to this one. The Dirt hits Netflix on March 22nd.