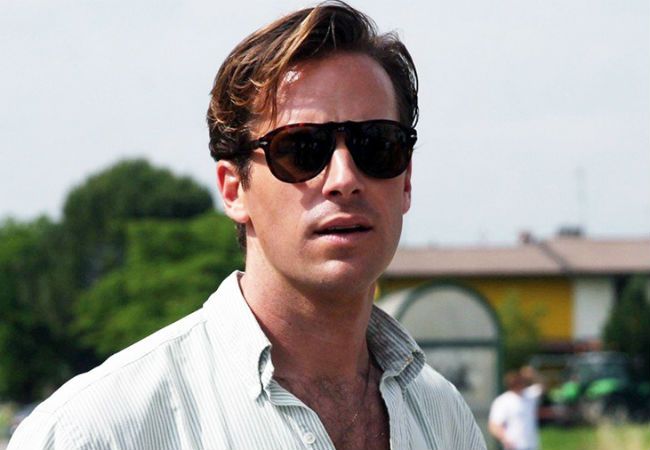 I saw this rumor yesterday and ignored it because, well, the source is Revenge of the Fans. It was too bold in its headline that “Armie Hammer Is In Final Talks To Be The Batman” that I knew it better to wait for a response from Hammer himself. Well, it didn’t take long. You’ll be shocked to learn the rumor is complete booshit.

In an interview with Yahoo UK to promote the overseas release of On the Basis of Sex, Hammer shot down any talks that he’s on the verge of becoming the Caped Crusader…

“No one who can actually give me the job has asked me if I’m interested. I don’t even know if they’re done – I think they’re still working on a script. I don’t think that they’re close to production but I can conclusively tell you that no one has checked my availability, which is a bummer.”

Perhaps someone got their wires crossed. Maybe they found a decade-old story about Hammer playing Batman in George Miller’s canceled Justice League Mortal, and thought that shit was current. Whatever. Sourcing matters, just sayin’.

Anyway, Matt Reeves is expected to go young in his search for an actor to lead The Batman. Hammer is 32, which isn’t exactly old, but I think they’ll go even younger. With shooting to start by year’s end, I expect we’ll hear definitive casting news around Comic-Con time. The Batman opens on June 25th 2021.

I’m not in the business of debunking bunk but considering everyone got in a tizzy over this…there is no truth to the below. Being told there haven’t even been any actor meetings for THE BATMAN. (But that doesn’t mean Reeves and WB don’t have ideas of who they would like) https://t.co/8CB8aHARID

Yeah, that BATMAN rumor is false. That said, potential for this week to be very interesting on a number fronts. Sleep tight. pic.twitter.com/HCHTIkLISK